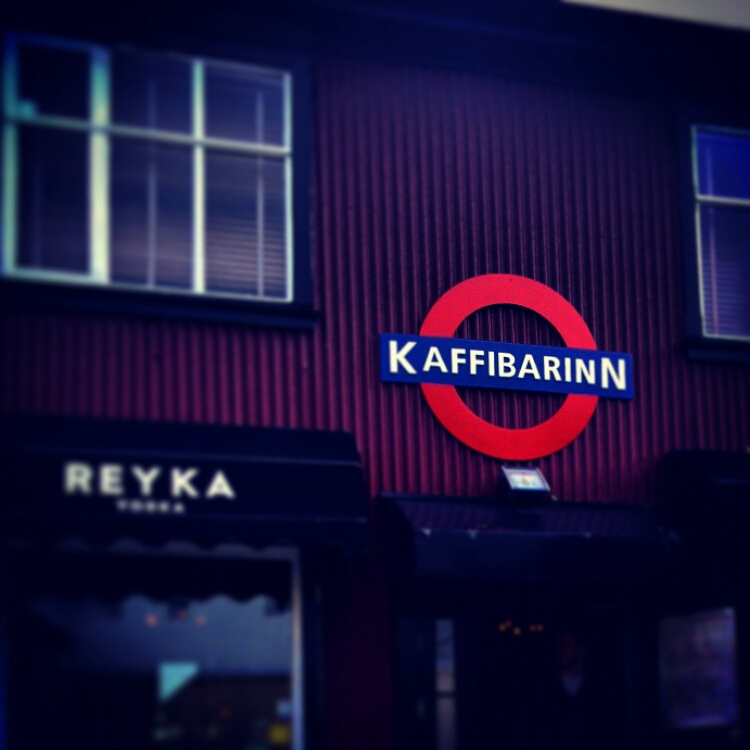 They say to expect the unexpected when you travel. And, after all the incredible experiences I’d had during my round the world adventures, I’d be inclined to agree. But there are some things, some situations, you really can’t predict you’ll find happening to you. Never would I have thought I’d find myself drinking the best coffee and engaging in the most in-depth conversation I’d ever had in a Turkish tailor shop in Singapore, sent inside by the monsoon outside. Nor could I have expected to have found the guts to be hurled out of a plane, free-falling at 100mph before taking my slow descent to the North Shore of Hawaii. But the one thing that got me – that surprised me – the most, even after all of the above, was just how quickly one menial, mediocre task can escalate. And I never could have guessed that one innocent trip to an ATM in would end in me spending my first night in Reykjavik partying amongst 180 British sailors. Standard.
“Are you English?!”, I heard in line at a cash machine in the middle of the city, three hours after landing in Reykjavik. I’d been discussing the surprisingly bright sunlight and lack of cold (we were in Iceland, after all), and apparently the accidental Aussie accent I’d picked up had faded – fast – and someone had overheard me speaking in my old, typically plummy, tone. After travelling for almost 9 months outside of Europe, I suppose it was only natural that it returned (though I didn’t expect it to be instantly recognisable) once I stepped back onto semi-familiar soil. The looks registered on the eight men’s faces when I turned around said it all: “What the bloody hell are you doing here?”. After all, I was alone, and hardly looked the backpacker in my Levi’s, Ralph Lauren jumper and Kate Spade bag. And, of course, not a lot of us Blighty natives tend to decide on cooler climes for their holidays (which, might I add, is a HUGE mistake). I tried to size up their reasons for being there, while explaining my own; stag party? Lads’ holiday? “We’re in the Navy! Come have a drink with us, we Brits need to stick together!”. Ah, so that was it. Going for a drink with a handful of sailors would hardly be the worst thing I could have done with my day so I agreed, following them through quaint streets of cobblestones and corrugated steel houses to the nearest pub, Micro Bar.

If there are two things that are heavily underrated in Iceland, it’s the food and drink, as the hours that followed only served to prove. True to its name, Micro Bar was a small pub that offered samples of a variety of beers, ales and mead, more than enough to fulfill the needs of even Reykjavik’s Viking blooded inhabitants. Following that came Kaffibarinn – the Damon Albarn-owned hipster dive on the quieter side of town that not only plays the best music inside but is also home to the best (and only) berry-infused beer I’ve ever tried – before we merrily decided to whet our building appetites at a nearby restaurant. Tapas Barinn, now holding a 2014 TripAdvisor Certificate of Excellence, fills one intimate room, split onto two levels and lit mostly by candlelight. Separated over four tables (and likely a bit more lively than the owners 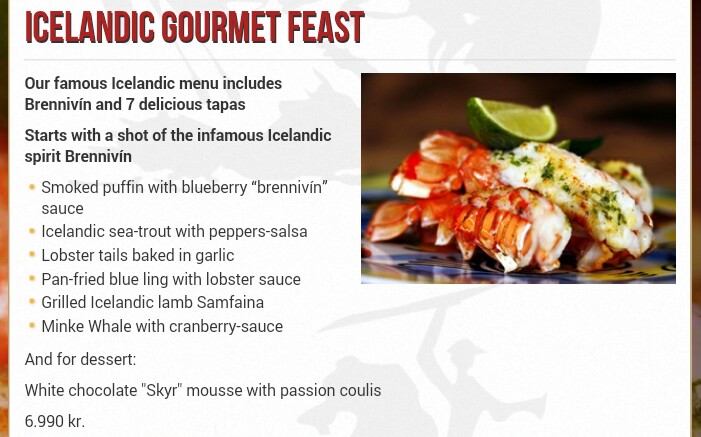 would have cared for, although they never let on), we each decided on the Icelandic Gourmet Feast (shown right): seven tapas dishes accompanied by a shot of the Icelandic spirit Brennivín, colloquially known as “Black Death”. I feel it should be noted, that although I don’t agree with whaling, my agreement with the idiom “When in Rome…” at the time outweighed this, so as a self-professed culture vulture, I was more than happy when our smoked puffin and minke whale dishes came out. Both complete with complimentary berry sauces, I was amazed to find the puffin tasted like dark oily fish, the texture of duck, while the whale was deeply reminiscent of the best beef steak I’d ever had. More alcohol and a change of venue soon followed, the nine of us eventually joining the rest of the ship at a place called none other than The English Pub (yes, really). It wasn’t long before I found myself dancing amongst 180 instant friends (a testosterone-filled male/female ratio of about 20:1), learning chants, the reasons behind – often dirty – nicknames, and enough tales of life at sea to last a lifetime. It was an experience like no other, and one that lasted well into the early hours, until the perfect daylight of 4am, where I quickly learnt the reasoning behind Brennivín’s colloquial title. And, despite being well looked after by my new friends, I vowed never to drink “Black Death” again.