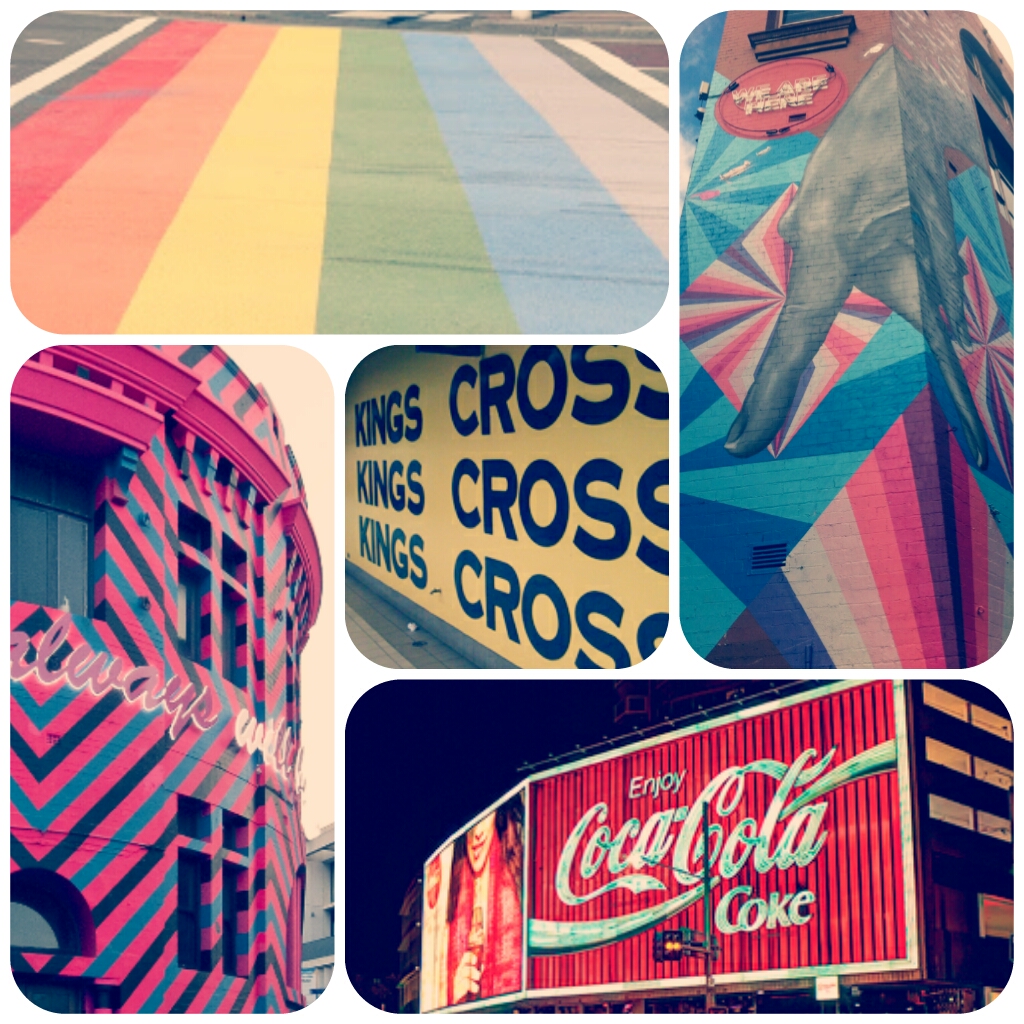 This one’s for all you nightlife lovers! ❤

The suburbs of Paddington, Darlinghurst and Kings Cross are THE places to be for a good night out, and pretty central to everywhere else, with Central station and the CBD within a mere kilometre’s walk from the former two, and just a ten minute train ride from the latter.

Connecting Paddington and Darlinghurst is Oxford Street, home to Sydney’s iconic Mardi Gras parade and, keeping in true style to its London counterpart, an abundance of the best shops in Sydney (including the ONLY American Apparel in the state!).

Kings Cross may have a little bit of a reputation, but there are some nearby areas that are really too beautiful to miss, if you can get past the funny looks you might get if you tell people where you’re going! Potts Point, for example, is a gorgeous leafy area full of excellent dining venues – with Finger Wharf and Woolloomooloo Bay only a stone’s throw from the Royal Botanical Gardens – while the immediate area of Kings Cross (namely, Victoria St and Bayswater Rd) is full of great bars, hostels and restaurants.

ARRIVE
Train: Kings X station lies on the Illawarra & Eastern Suburbs line, just ten minutes from Town Hall in the CBD. For Darlinghurst & Paddington, alight from Museum; Oxford Street is just a 5 minute stroll away.
Bus: Countless buses run through Darlinghurst and Paddington, but the best way to explore it all is to just walk 🙂

STAY
Amongst some seriously hideous uglies, there are some incredibly decent hostels to be found in the Kings Cross area. Eva’s Backpackers has a homely, musical vibe – providing instruments in every room! Amateur instrument playing not your thing? You’re in luck – the award-winning Blue Parrot Backpackers is just around the corner, and assists with all working holiday needs if you’ve just arrived (supplying complimentary sim cards, discount vouchers and free WiFi – something of a rarity in Australia!)
If you’re not much a fan of the party atmosphere (at least, once the party’s over), however, how about trying the accommodation in Darlinghurst? Medusa is one of – if not THE – finest hotels in the city. A small independent hotel, it doesn’t rely on a big name to bring its visitors, instead dedicated to supplying only the best in comfort, customer service and interiors. On top of this, they provide EVERY room with complimentary Aesop toiletries. Yes, really!

VISIT
If you’re in Sydney through March, the best thing you can do is visit Oxford Street during Mardi Gras, Sydney’s LGBT festival. The parade makes consistent claims to be the best in the world and, do you know what? It just might be. Local independent art gallery Platform72 exhibited a number of controversial shows (warning, contains nudity!) through March, while the Oxford Art Factory exhibited its own fair share of camp fun and camaraderie.
Vivid Sydney (displaying NOW!!), incorporates incredible light shows into the city’s most iconic sights, including the Opera House and Harbour Bridge. Your first thought may be that the best views can be seen directly from Circular Quay, but it’s a little-known fact that the view from Mrs Macquarie’s Chair, near Woolloomooloo Bay, is far better. With the Opera House in full sight and the Harbour Bridge in the background, you’d be hard pressed to find a better view of Vivid throughout the city.

EAT
Okay, so after all this excitement you’re going to need food! Harajuku Gyoza on Bayswater Road is a gorgeous little casual Japanese tapas-style restaurant, where you can wash down gyoza with delicate sake. Though it’s logo is cute and kitsch, interiors are sleek, shiny and clearly well-thought-out. Take a friend to split dishes, and please your palate.
Located bang in the middle of Oxford Street, Oxford Social is time and time again named as the best dining experience in Sydney, with food, atmosphere and service one can only dream about. Only one other place comes close when competing for the top spot: The Sardine Room in Pott’s Point which, as the name suggests, specialises sole-ly (sorry) in seafood. It’s also situated on the water, offering gorgeous views over sunset. For a celebration, a foodie, or just because you fancy splashing the cash a little bit, either one of these would be well suited for your needs.

MY PICKS
Chances are, if you’re a backpacker, your visit to Sydney will begin in King’s Cross. Don’t miss the Coca Cola sign, and have as much fun as humanly possible while you stay here. The World Bar is my pick of bars in King’s Cross, with Thursday indie club night Propaganda standing out high above the rest.

So, next week marks the last in the SydneyXSuburb series! For all the latest on Sydney’s expanding cultural, artsy, Melbourne-esque laneway scene, drop by next Saturday for Sydney X Suburb – Best of the Rest #3: Chippendale & Surry Hills, the Artist’s Mecca of Sydney.