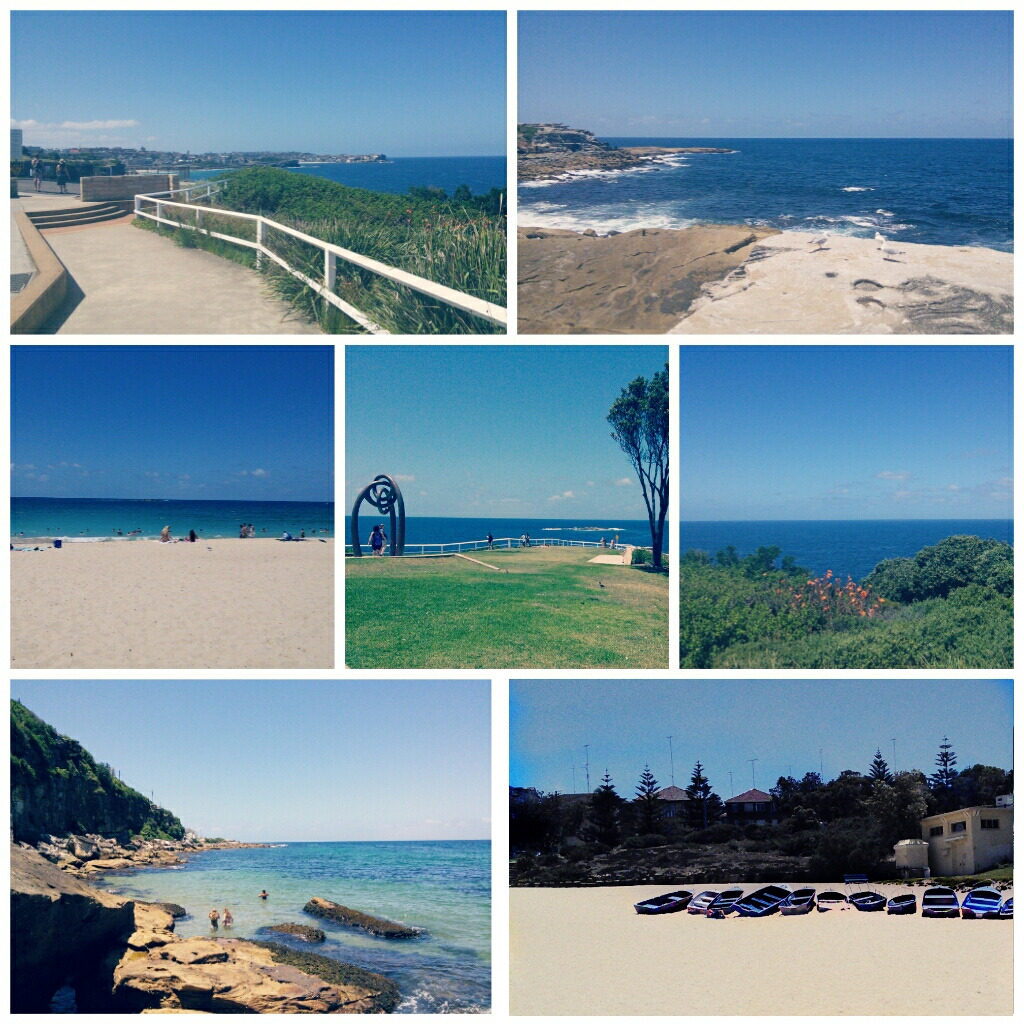 I am not a massive fan of Bondi Beach (sue me, Sydney). Famed for its subculture of surfers, sun worshippers and stand-up paddle boarders, it’s actually not half as accessible as you may be led to believe. Instead, with waves choppier than Keith Urban’s hair – and the entire beach full of pretentious wannabes and clueless tourists dying to be caught on film for the latest episode of Bondi Rescue – it stands as my least favourite beach in Sydney. Manly easily beats it for surfing (you can read my account of a day of surfing in Manly HERE); Clovelly for swimming; and for sand, Coogee is just a couple of kilometres away, its lack of camera crew making for a much quieter beach.

Nevertheless, it is perhaps SO famous that you can’t really take a trip to Sydney and not visit it. The Bondi to Coogee walk is #3 on TripAdvisor’s list of Things To Do in Sydney and, despite magnificent views and snorkelling spots aligning the ENTIRE walk, it’s FREE. Reverse the trip (starting at Coogee) and you get to try out the gorgeous breakfast cafés in this tiny seaside area, before snorkelling in Gordon’s Bay and swimming in Clovelly’s awesome ocean-filled swimming pool, with STILL plenty of time to dry off before you have to catch any public transport. Besides, with an entire promenade of restaurants at Bondi Beach – and a gigantic Westfield at Bondi Junction – what better way is there to end the day?!

ARRIVE
Train: Take the Eastern Suburbs & Illawarra line from Town Hall directly to Bondi Junction. The quickest way from here is:
Bus: Bondi Junction Terminus Buses run to Bondi Beach at least every fifteen minutes, while Coogee buses run at least every twenty. Otherwise, you can catch a bus from the city direct to Coogee (373/374) six times an hour.

STAY
With such a spectacular horizon of fine-sand beaches and shimmering ocean, you will pay to stay on the dazzling East Coast. The Adina Apartment Hotel Bondi Beach and the Crowne Plaza Hotel Coogee Beach are great choices, both offering luxury with a view.
For living, Bondi can also be incredibly pricey, however Coogee’s prices drop drastically if you’re looking to stay long-term (more so if you move closer to nearby Randwick).

VISIT
The walk from Coogee to Bondi is truly wonderful. Spanning six kilometres, it may seem like one hell of a trek, but it’s actually walkable in just under two hours (not that you’ll notice, with all the awesome water activities to do along the way!). Also, if you arrive in November-December, you will be treated to Australia’s largest annual outdoor sculpture exhibition: Sculptures by the Sea. Stretching 2km along the stretch of beach from Bondi to Bronte, it’s pretty amazing!

EAT
I ADORE Moo Burgers in Bondi. Okay, so it IS part of a restaurant chain that you can find in many places dotted around Sydney, but the vibe is so chilled out, it really is perfect after a day at the beach. Try their sweet potato chips and thick milkshakes – YUM!
Otherwise, breakfast at Coogee is amazing. Head along Arden Street for some of the best cafes with a seaside view; Coogee Yeeros is my favourite for the most important meal of the day, while – especially if dining at sunset – Barzura is also highly recommended.

MY PICKS
Clambering over the rocks around Gordon’s Bay is heaps of fun, and the snorkelling isn’t half bad either! As far as sandy beaches go, you could do worse than spend a morning soaking up the rays at Coogee of Clovelly… Just don’t forget SPF, since ozone is MUCH thinner on this side of the world, and it’s incredibly easy to burn. As strange as it may sound, be sure to also add Waverly Cemetery to your stroll – its placement overlooking the sea make it the most scenic burial ground in the world (if just a little morbidly)… Not that its residents notice!

Growing up ten minutes from the pebble beaches of the south of England have given me an affinity for the sea and, though these beaches are lacking the shells and stones I am accustomed to, I adore the coast of Sydney (yes, even Bondi is okay on a quiet day).

But a final piece of advice, before you start packing your beach towel, your Wayfarers and your thongs: watch THIS. Even if just for entertainment, this highly satirical – though somewhat accurate – depiction of some Bondi residents will prepare you for what’s ahead. Because living in Bondi is, apparently, “totes amazeballs” 😉

TTFN! xo. Next week, I’ll be writing about the adorkable, kooky suburb of Newtown (and its fantastic alternative nightlife).