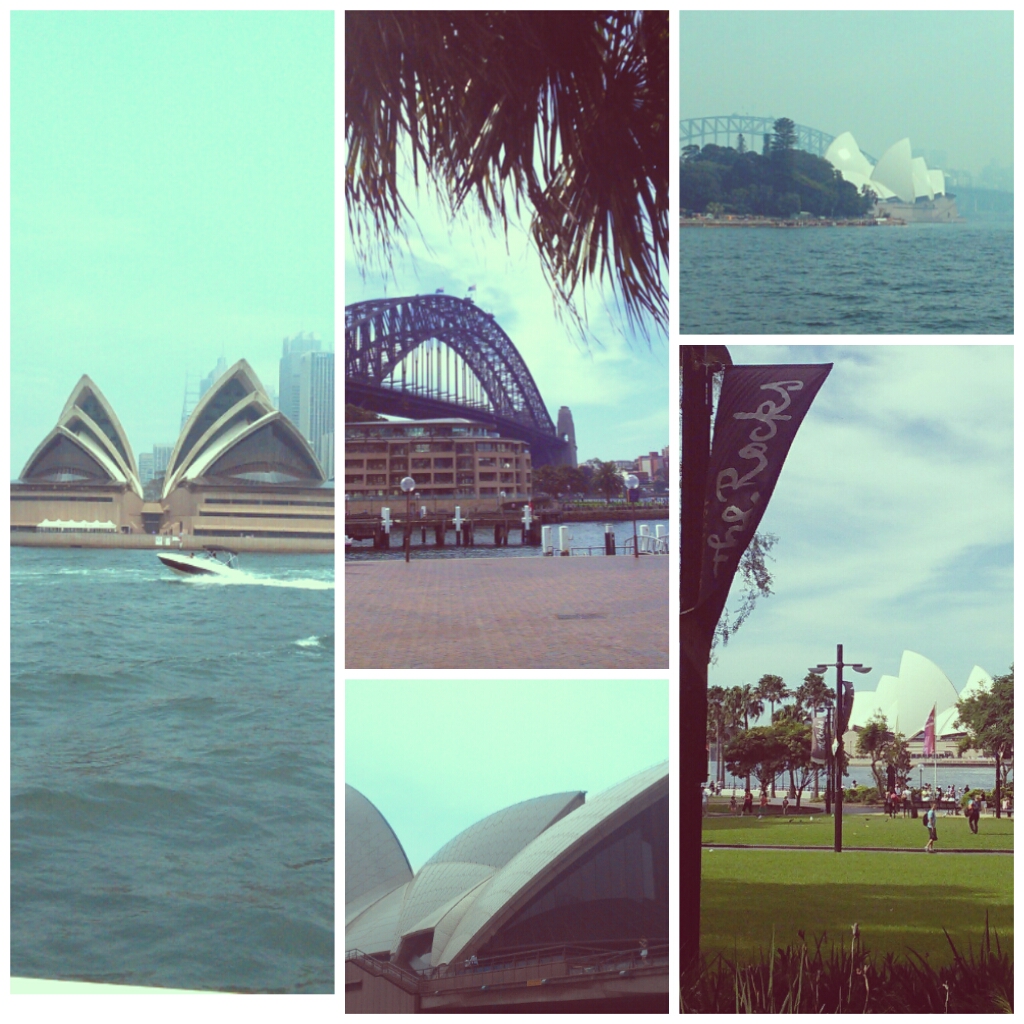 Sydney doesn’t seem to have much history. There, I said it. Although Indigenous Australians lived on the land for approximately 30,000 years before the first European colony arrived, progression was slow during that time and land remained untouched by the Western world for millennia. It wasn’t until Captain Arthur Philip moored his ship at Sydney Cove in 1788 that the ball of development really started rolling, and roll it did (and fast!). By the time two of the most famous landmarks in the world had been built barely 200 years later (the Bridge in 1932 and Opera House in 1973), Sydney had gained status quicker than any other city, well, ever. Because, let’s face it – only one word springs to mind when we think of the famed Sydney Harbour: iconic.

Port Jackson – with Sydney Harbour Bridge to the west and Sydney Opera House to the east – really is a spectacle to behold. Of course, the view is breathtaking, and the air an oh-so-refreshing contrast to the depths of the inner city, but there is much, much more to Sydney Harbour (and its surrounding areas) than initially meets the eye. Behind the bridge lies The Rocks – an amazing array of shops and restaurants whose buildings still resemble the time when the first European settlers arrived in Sydney. Then there are the Royal Botanical Gardens – behind the Opera House – which have all the makings for myriad flora-and-fauna viewings (and a picnic while you’re at it). The space in between the two prominent structures is filled with restaurants, shops and, of course, Sydney’s somewhat unorthodox mode of public transport: ferries. Ferries to Manly, the surfer’s paradise of Sydney. Ferries to Taronga Zoo, a zoo that has been around since 1916 and which my grandfather was once accidentally momentarily locked inside. And ferries to Watson’s Bay, home of the best fish & chips in the state of NSW and a gorgeous quaint lighthouse, amongst others. There are even water taxis to the nearby Darling Harbour, arty Cockatoo Island and the stunning Elizabeth Bay. An entire day could – and should – be spent around Sydney’s vast waters; there are none other like them.

ARRIVE
Train: Trains on the T2 Inner West & South and City Circle lines run through Circular Quay station.
Bus: Buses running through the City will likely terminate at the Rocks or Milson’s Point. The latter is on the north end of the Harbour Bridge and will offer great views of the city skyline; do this and you can return to Circular Quay via water taxi if you wish.

STAY
The The Lord Nelson Brewery Hotel is Sydney’s longest consistently licensed hotel, and not only brews its own ales (six of which award-winning), but offers bang-on accommodation that doesn’t break the bank yet is PERFECTLY located. On the upper end of the expense scale is The Langham – stay here and you will be rewarded with Sydney’s most awarded hotel experience and absolute, unprecedented luxury – and, on the other end, the Sydney Harbour YHA (clean, tidy, and perfectly located for the budget traveller).

VISIT
The Gallery of Contemporary Art deserves a space in your trip and, if you can, try to catch a theatre show or concert in the Opera House. Of course, the aforementioned ferries are a MUST, and be sure to wander through the depths of the Rocks to find hidden gem Walsh Bay.

EAT
Although there are an abundance of eateries around Circular Quay, I recommend skipping these in favour of checking out what The Rocks have to offer. Baroque sells easily the best French macarons outside of Paris, and be sure to pop into Playfair Cafe & Sandwich Bar; their iced drinks come in mason jars, and they’ve recently been awarded the prestigious Aroma Cup Trophy for best coffee. Still need convincing? It currently stands as the best café in the Rocks and Circular Quay area on TripAdvisor. See? Told you.
Stuck for an evening hideout? A little out the way (yet worth the effort) is Bulletin Place – a small, Melbourne-style laneway off of Pitt Street just behind Circular Quay – whose address-titled bar, and next door tapas place, Tapavino, are definite must-visits.

MY PICKS
Climb the bridge!! BridgeClimb run easy hikes of the Harbour Bridge four times a day: at dawn, noon, sunset, and twilight. Walks take approximately three and a half hours, and cost $198-$318 per person. A little on the pricey side, but SUCH an experience (especially as the sun sets and the city starts to light up the sky).

After living by the beach my entire life, when I got my first job in Sydney I freaked out so much, the immediate need to be near water was only natural. Circular Quay is where I (literally!!) ran to for solace – its tranquil waters calming me almost instantaneously. To me, it feels as though nothing bad could happen at Circular Quay; give it a visit and see if you feel the same.

TTFN! Next week I’ll be writing about Sydney’s OTHER Harbour and tourist Mecca: Darling Harbour. xo.