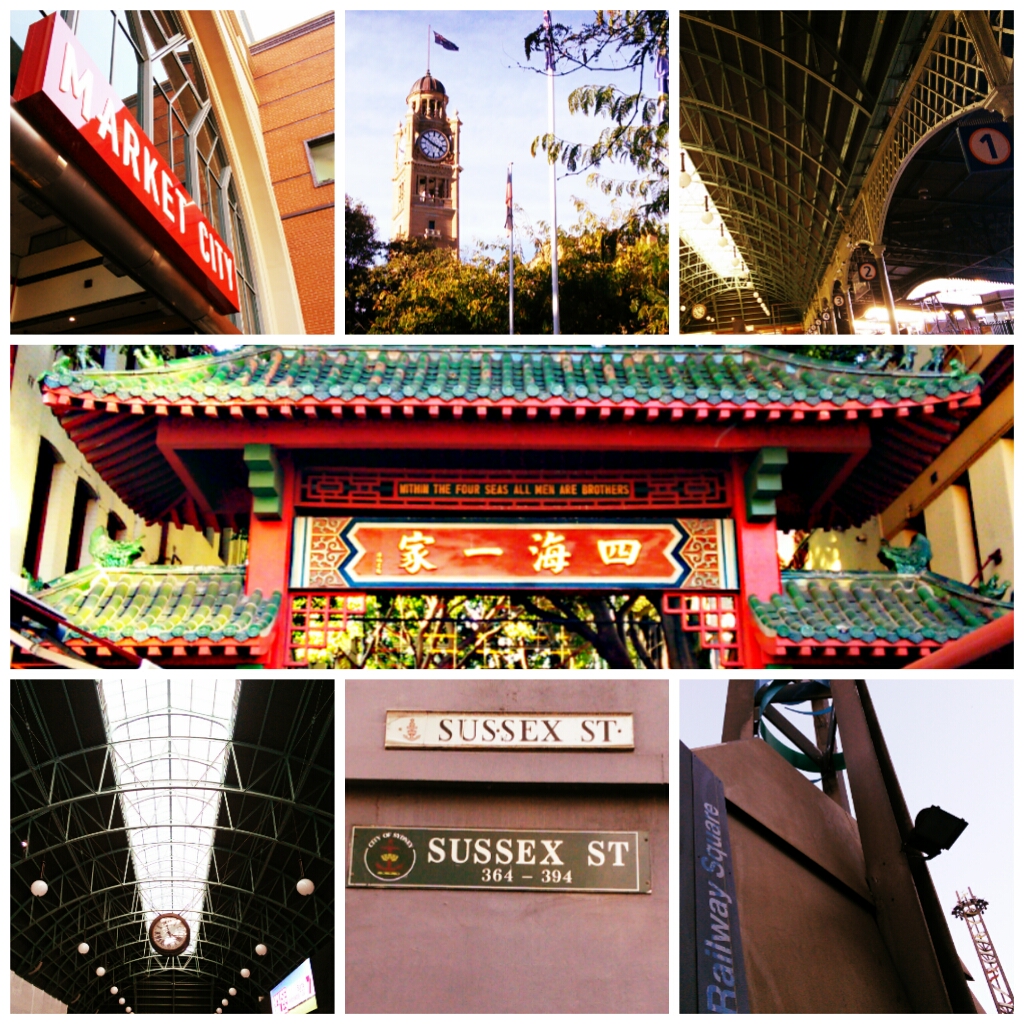 Known for its plethora of yum-cha, rice dumpling and congee filled restaurants, the suburb of Haymarket (including Chinatown) is one of the best places for – as I did – starting out in Sydney. With kitsch boutiques lining almost every street, the famous Paddy’s Markets and science and design Powerhouse Museum just around the corner, it’s dead centre of just about everything and, with Central Station serving it, it is equal parts accessible and escapable; Newtown, Glebe and both Sydney and Darling Harbours within a ten-minute bus ride.

Nevertheless, it should be noted that its convenience does come at a price: it can be EXTREMELY overcrowded. Take it from somebody who learnt the hard way… Haymarket may be the perfect place to start, but I wouldn’t recommend it long-term. Apartments here are often more akin to hostels (imagine 4 bunk beds to a room, in a two-bed unit where even the living room is partitioned into sleeping space, and it doesn’t take a genius to figure that could mean 10 people sharing just one bathroom); since the price is so high for landlords due to the location, they tend to overcrowd apartments to keep rent more affordable per tenant. Don’t get me wrong, I ADORED my first flatmates when I arrived here, but there’s only so much time you can spend living in one tiny apartment with seven other girls – battling over the washing machine, mirrors, and our teeny-tiny kitchen – before you start to go a bit nuts.

Still, this suburb does have a lot to offer, and I would definitely recommend a drop-in (if at least just for the Emperor’s Cream Puffs).

Here’s my guide to the suburb and pick of the best:

STAY
It seems that 90% of working holidays begin at Wake Up! Hostel and, with the central location, it is definitely the ideal choice if you’re 18-30 and on a budget – not only will you make more friends here than you will know what to do with, but the hostel will look after you too; with a bar downstairs and many events, you’ll never be bored and will settle in easily!! Got a little more to spare, or don’t fancy sharing your bathroom with tens of teenagers? Mercure Sydney is just a little up the road, and the Adina Apartment Hotel also offers great location, with the suburbs of Chippendale, Paddington, Surry Hills, Broadway and Ultimo just footsteps away. Looking for somewhere to live? 93-105 Quay Street is a lovely, quiet building (trust me, this is where I used to live!) just three minute’s walk from Central Station which features over 100 compact apartments and a small gym and swimming pool. Apartments seem to average $140pppw, which is ridiculously reasonable given the location.

VISIT
The Paddy Markets are great for almost everything. With Asian drugstores, adorable clothing boutiques and a grocery market on the bottom floor, this really is a one-stop shop for everything. Its affordability also make it a great place to visit when starting out in Sydney. Chinatown’s Friday night markets on Dixon Street also shouldn’t be missed, for cheap kitsch one-offs and street performers, while Sussex Street is the best for kawaii-chic.
The Powerhouse Museum in Ultimo should be visited too. Comprising of great exhibitions on the latest developments in science, design and gaming, there’s plenty to do for both adults and children.

EAT
Chinatown is amazing. If you’re a fan of Asian food, this is the only place to go, and the best part is that the restaurants don’t differ too much from one another. I have discovered enough congee, yum-cha and rice dumplings to feed a large family, and it was one hell of a gastronomic experience.
The Bluebird Cafe in Regent Place is best in Haymarket for coffee, while Lord of the Fries serves the greatest snacks on the go – choose the Malaysian for the ultimate in sweet chilli and sour cream covered chunky chips, you won’t regret it!

MY PICKS
Famed worldwide, Emperor’s Cream Puffs are magical bite-size deliciousness that won’t break the bank at 4 for $1. Be prepared to queue, however, as they may just be the city’s worst kept secret.
Originally a 100 Yen store in Japan, DAISO has spread its wings to George Street, and offers many homewares for no more than $2.80. Their dried mango is to die for, and their best seller, so make sure to pick up a packet when you visit. Another of Japan’s exports – Fuji-pan – lies on Goulburn St and sells the best Japanese carb-heavy treats at super low prices; the Taro Pan (a sort of doughnut filled and topped with taro cream) is particularly delicious.
Lastly, there’s My Sweet Memory. My favourite cafe in the entire city makes the best green tea lattes I have ever tasted (even better than those in Asia itself!) AND serves itself as a quirky stationery store. Perfect!

The way I see it, whether you’re in Sydney on a Working Holiday or not, visiting Haymarket – crowded as it may be – is pretty much a necessity. Especially around January/February as, in addition to the above, you’ll be treated to all sorts of sales and special discounts (and great food!) in celebration of the Chinese New Year festivities, in accompaniment to an impressive parade that fills the city. Start a year abroad here, and youll save oodles of cash as Asian supermarkets are much, much cheaper than those whose items are packaged solely in English, and the general cost of living here is inexpensive compared to other suburbs. Also, with its location, you’ll spend much less on travel. Who needs money worries when they’re trying to adapt to a new country for an entire year?! Not me, and I’m sure you’ll agree.

TTFN! Don’t forget to like and share if you’ve liked this week’s post. Next week will focus on the quirky Inner West suburb of Glebe, my current home.
Thanks for reading! xo.