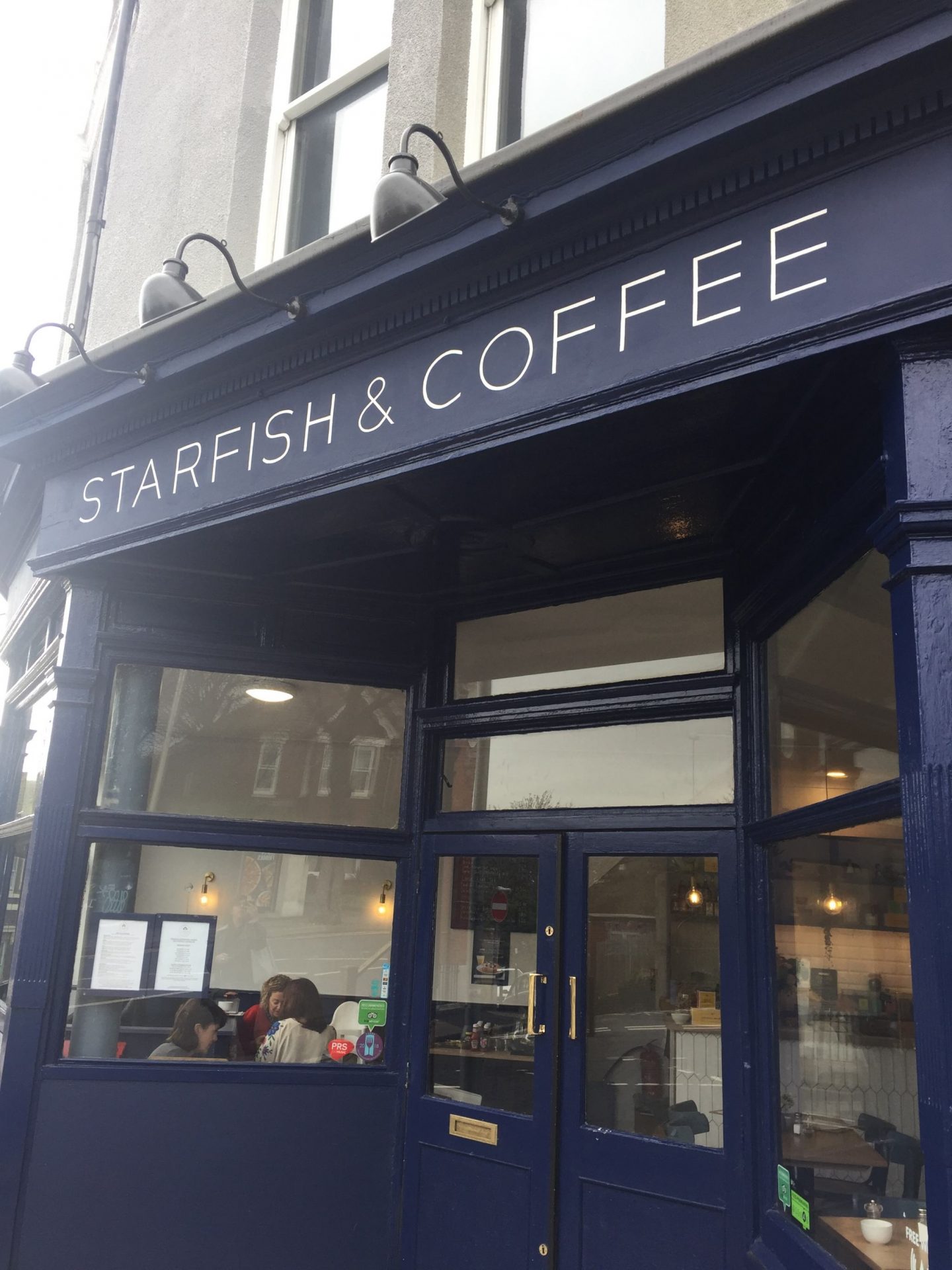 It’s been open barely nine months, and yet Starfish and Coffee has already won itself an accolade for Best Brunch in Brighton, knocking Joe’s Café (a breakfast favourite for more than two decades) off the top spot at the BRAVO awards in March.

If this is a bit of a surprise to you and the café hadn’t reached your radar (until now), you’d be forgiven – it’s not exactly right in the centre of town. That being said, you’ve also been hugely missing out (though no judgement from this writer, who had been yet to visit until this very review). Situated in a huge corner unit overlooking Queen’s Park, it arrived in Egremont Place in July last year, offering an impressive daily brunch menu to the Hanover/Queen’s Park community in a welcoming, light-filled setting.

The café also boasts a killer soundtrack – but then it’s hardly surprising that the brainchild of ex-Juice DJ Tony Marks, which is also named after Prince’s 1987 track Starfish and Coffee, would combine food with music. For those who aren’t acquainted with Tony’s earlier work with Juice, or his own Oven Ready Radio, you can expect early 2000s indie and electropop combined with a little 80s punk while you chow down a full English, potato hash or a smorgasbord of egg-based dishes.

It’s something that’s appreciated during our visit – along with the space’s artwork. When I’m done staring agog at the space’s massive Mooredraw mural, which is a cartoon-ish take on the story behind the café’s eponym, I’m ready to order – but not before a quick chat with the main man himself. Tony tells me that he and his partner had spent the last few years brunching their way around the city prior to opening Starfish and Coffee, recreating dishes and improving on their technique weekend after weekend at home. When he came out of work last year, it felt like a natural progression to share some of his recipes with the city, much in the way he had become accustomed to sharing playlists.

He goes on to recommend I try the Smashed Avocado Royale, which comprises the usual suspects of salmon and sourdough along with a healthy serving of avocado, cherry tomatoes and lemon plus the pleasantly surprising additions of beetroot powder, parsley oil and onion seeds to really make the flavours pop. I’m told it’s one of the café’s most popular dishes: one bite and I can see why. The freshness of each element shines through, presenting the perfect brunch as we come into the warmer months.

Extra points go to Starfish and Coffee for their freshly squeezed orange juice – a must for any brunch, in my opinion – and coffee, which comes courtesy of Coffee @ 33. All in all, it’s a great brunch spot to catch up with friends, try something new or simply get ready for the day ahead.

Plus, the playlist may just be worth the trek up Southover Street alone…