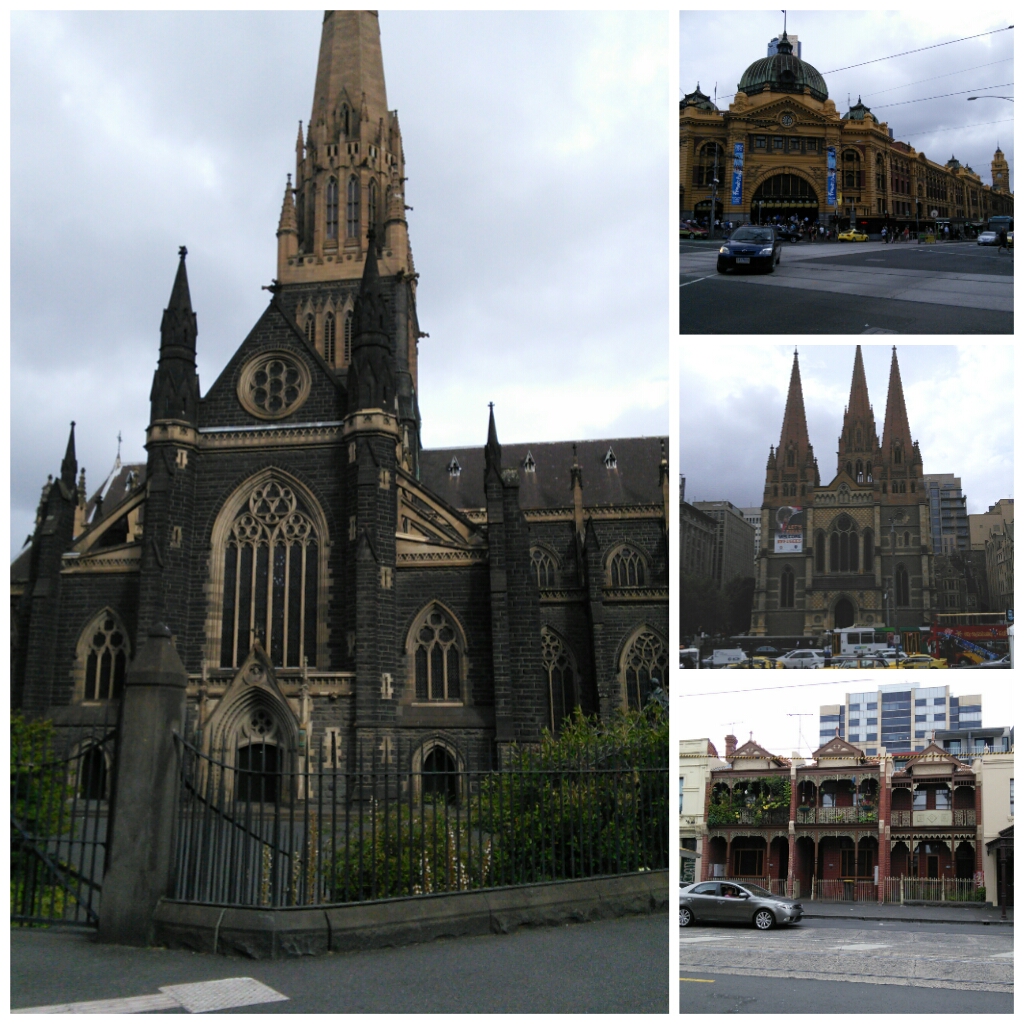 With only a few hours left of my short escape from Sydney before my flight, I’d decided to cram as much as I could into my last day in Melbourne. Waking early, and with a checkout time of 10am (something a late-sleeper like me would usually complain of), meant I had to carry around my 7kg backpack all day. Great. With $10 left on my Myki card, I set off – first returning to Degraves St to sample some of the excellent cafes I had heard so much about. Degraves Street by day, as it turned out, was much livelier than when I had visited the few days before. Rows of tables and chairs adorned the middle of this crowded lane, not one of the empty; it really does seem like this is THE place for elevensies. With a multitude of coffee houses to choose from, I’d opted for the simply named Degraves Espresso Bar – one of Melbourne’s signature styled cafes  – drawn in by the laid back decor that reflected some of my favourites back home in Brighton, UK. A seat in the window allowed me to watch the world go by as I drank my wonderful cappuccino, and the staff were lovely – that is, as long as I could get their attention. But – ridden with envy of the couple opposite me, happily slurping their iced drinks – when I stuck around for an iced chocolate, I felt let down. A little betrayed, even… $7 poorer, with only a dampened mood to show for it, it sadly turned out to be the most overpriced glass of Nesquik I have ever had, with what felt like only a token half-scoop of under-frozen ice cream at the top. Returning back onto Degraves Street, I took a left and found myself wandering into another lane and instantly regretted my full stomach. Staying firmly in place with Melbourne’s “laneway culture”, Centre Place is laden with vibrant sushi bars, boutiques and restaurants, and some of the city’s best street art and grafitti. There was even a band playing out retro melodies in an abandoned corner; I paid $5 for the pleasure of their music, but would have gladly left more had I any more change in my purse. Already past noon – and with only three hours left until I had to leave for the airport – I was heartbroken to not be able to stay to wander these Brightonian lanes, but all the same excited to see my next landmark.

Situated on the Southbank – below the Yarra River which stretches along Federation Square and parallel to Flinders St – the National Gallery of Victoria is a sight to behold. Set amongst fields and fountains (including a water wall at the entrance), when I visited, it featured a set of coloured glass panels in a vague skyline shape – complete with a dome not dissimilar to the silhouette to Flinders St Station. The Gallery is vast, with countless artworks spread across four floors of high ceilings and bright, open space and – luckily for my now-sore back and shoulders – cloakrooms at the entrance. The main draw for me, was Melbourne Now, a contemporary exhibition reflecting the complex, creative landscape that is Melbourne. Featuring art, design, performance and cultural practise, Melbourne Now represents the diversity of Melbourne’s creative scene through bold jewellery, earthenware interpretations of vintage cameras (courtesy of ceramicist Alan Constable) and high-resolution photography of local architecture – exactly the kind I had fallen for during the length of my stay. Of course, with three more floors to explore, this was not all the NGV had to offer. An Andy Warhol original hung in a room on the first floor, sharing its space with brilliant black and white photography and colourful, texture-rich pieces. Another room was filled entirely with renaissance paintings and Victorian jewellery, and a third entirely with Japanese art and textiles. My favourite room, though, came accompanied with music from the swinging sixties (think The Turtle and Beach Boys); with its eye-catching array of 60’s themed works, from pattern design to fashion and jewellery, I couldn’t help but pick up some Good Vibrations.

A quick stop to the gift shop for homewares and postcards delayed me from my last stop, but I still had a good half hour before I had to catch the tram to Southern Cross. I knew it would be rushed, but with the Eureka Tower only a two minute walk up the road, I wasn’t worried; I wanted to see this wonderful city in all its glory before I left it. Open since 2007, the Eureka Skydeck on level 88 offers panoramic views of Melbourne, stretching from Mt Dandenong in the east to as far as the Great Ocean Road in the west. I was lucky to experience Melbourne with clear skies and maximum visibility – many visitors aren’t so lucky due to the unpredictable climates (including rain and fog) of this city. I was unlucky to be so short on time though, as Eureka 88 offers an “EDGE experience”, where tourists are projected three metres from the main body of the building in a glass cube, and I had been craving an adrenaline rush.

It’s funny… Until I was in the Skydeck, looking down at the city (with its seemingly tiny ant-sized people and lego-sized buildings), I hadn’t realised quite how large Melbourne really is – or how much I had missed. I had only really managed to scratch the tip of the iceberg on my four-day trip. I’m back in Sydney now, and miss the culture – even if my apartment in the leafy, coffee-lover’s-mecca suburb of Glebe is slightly reminiscent of Melbourne’s architecture. If blessed with time and money, I wouldn’t hesitate to return – just an hours’ flight (at approximately $100 return) from Sydney, it would be rude not to revisit this beautiful city with everything to offer.