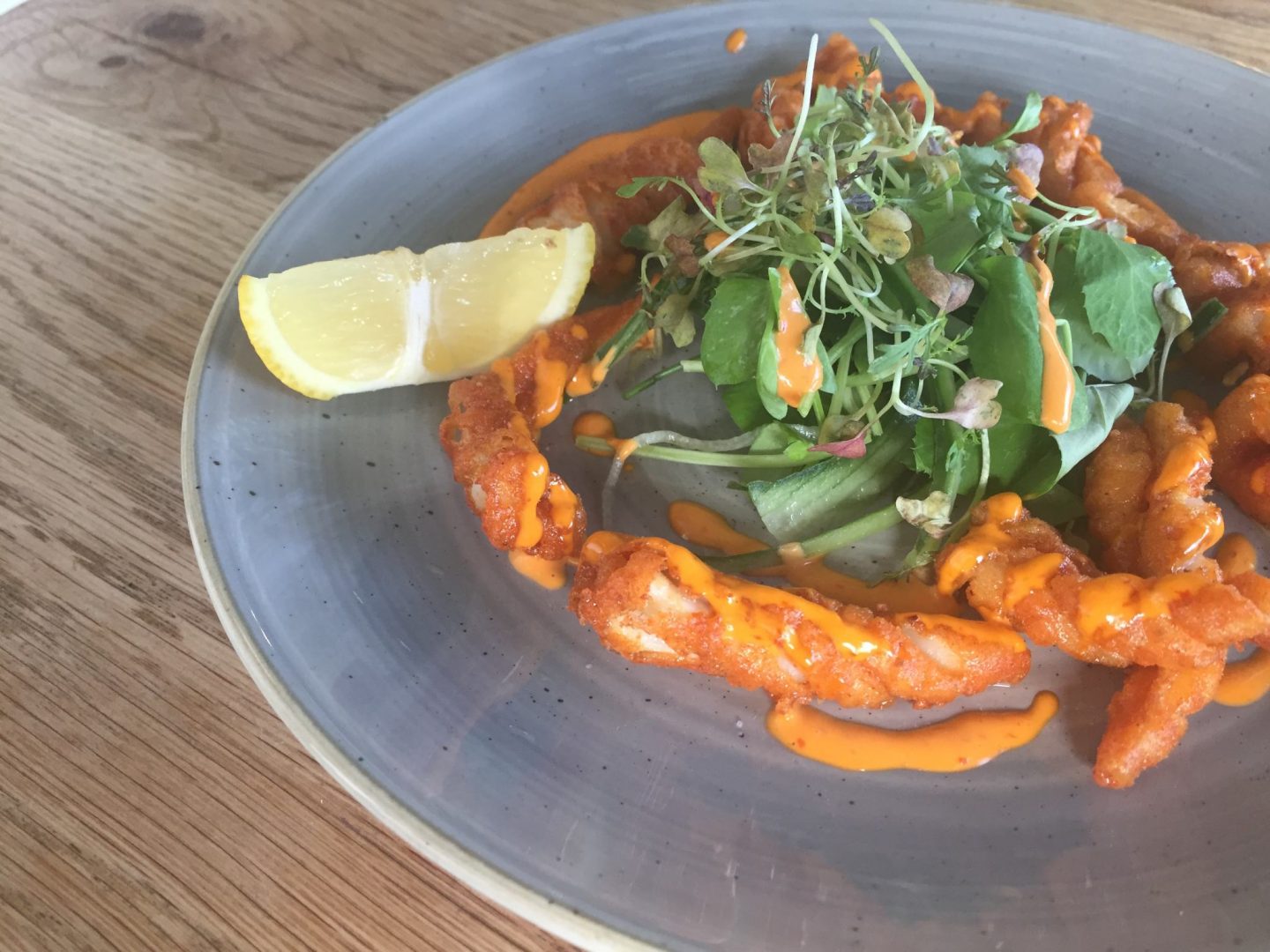 We visited The New Club on what must have been the only bright day in August – and just as well, because it’s the best way to enjoy the view.

If you’ve been to The New Club before, you’ll already know of its incredible bifolding windows – which not only allow in the glorious sunshine through two of its sides, but also an unparalleled view of the British Airways i360, West Pier and, most famously, good old Brighton beach. If you haven’t, then my god are you in for a treat – and, after this visit, I’m confident in saying this extends to the food too.

After we’ve taken our seats on the long banquette on the west wall of the restaurant (the lighting is best here – and you don’t get the sun in your eyes come evening), we’re offered cocktails to kick things off. I order a Sweet ‘Rita, a complex, fruity twist on the classic Margarita (tequila, summer berry & scotch bonnet sweet vermouth, citrus, agave, £8.50), while my dining partner decides to give the Montenegro Spritz a whirl (a variation of Italy’s favourity aperitif, blending Amaro Montenegro Italian liqueur with solerno orange liqueur and aperol and coming in at £8). We’re both impressed: mine comes with three Luxardo cherries propped neatly on top, which I savour until my second glass, while my friend manages to keep hold of his for a little longer – much to my chagrin.

When it comes to ordering the food, we have to shoo manager Chris away twice before we’re ready – the menu is just that appetising. When he patiently returns for a third time, we opt for the crispy fried squid (£6.50) to start, along with the zucchini (courgette to you and me – but tonight, Matthew, we’re dining in an American diner-style joint), spinach and sweet potato fritters (£6). They’re both delightfully light, the squid coming with a warm harissa mayo which packs a chilli punch. The red pepper ketchup that arrives with the zucchini fritters steals the show though, the dish having been recommended to us by a fellow BN1-er. Go figure. 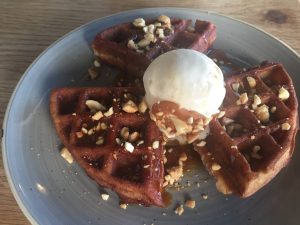 We accompany our mains with another round of drinks, my companion now going for the Mount Etna (rosemary gin, campari, summer berry and scotch bonnet sweet vermouth, £9) while I stick with what I know (after all – I do love a margarita). We order between us the NYC Caesar salad (£10) which is uncharacteristically juicy and full of flavour (it wouldn’t be my first choice, but I’m led to believe it was delicious nonetheless), and soft shell crab tacos (£12), which were dressed with the most perfectly light combination of wasabi aioli and pineapple salsa which made the tacos well worth the mess and subsequent hand-washing. Yum.

We finished our meals with the churros waffles (arriving at the table with cinnamon sugar, sea salt caramel, roasted peanuts and vanilla ice cream – £6), and an affogato accompanied with Frangelico – because I couldn’t resist (£6.50).

This is not by far the first time I’ve been to The New Club, and it will certainly not be the last: with its modern casual décor, friendly staff and delightful food, it’s been enjoyed by my parents, dates, friends and my seven-year-old sister – and is perhaps the best affordable all-rounder eateries in the city.

Chris the manager tells me this menu will only be around for a little while longer before the autumn menu launches, and adds that the brunch menu is a force to be reckoned with. If that’s not an excuse to return soon, we don’t know what is.