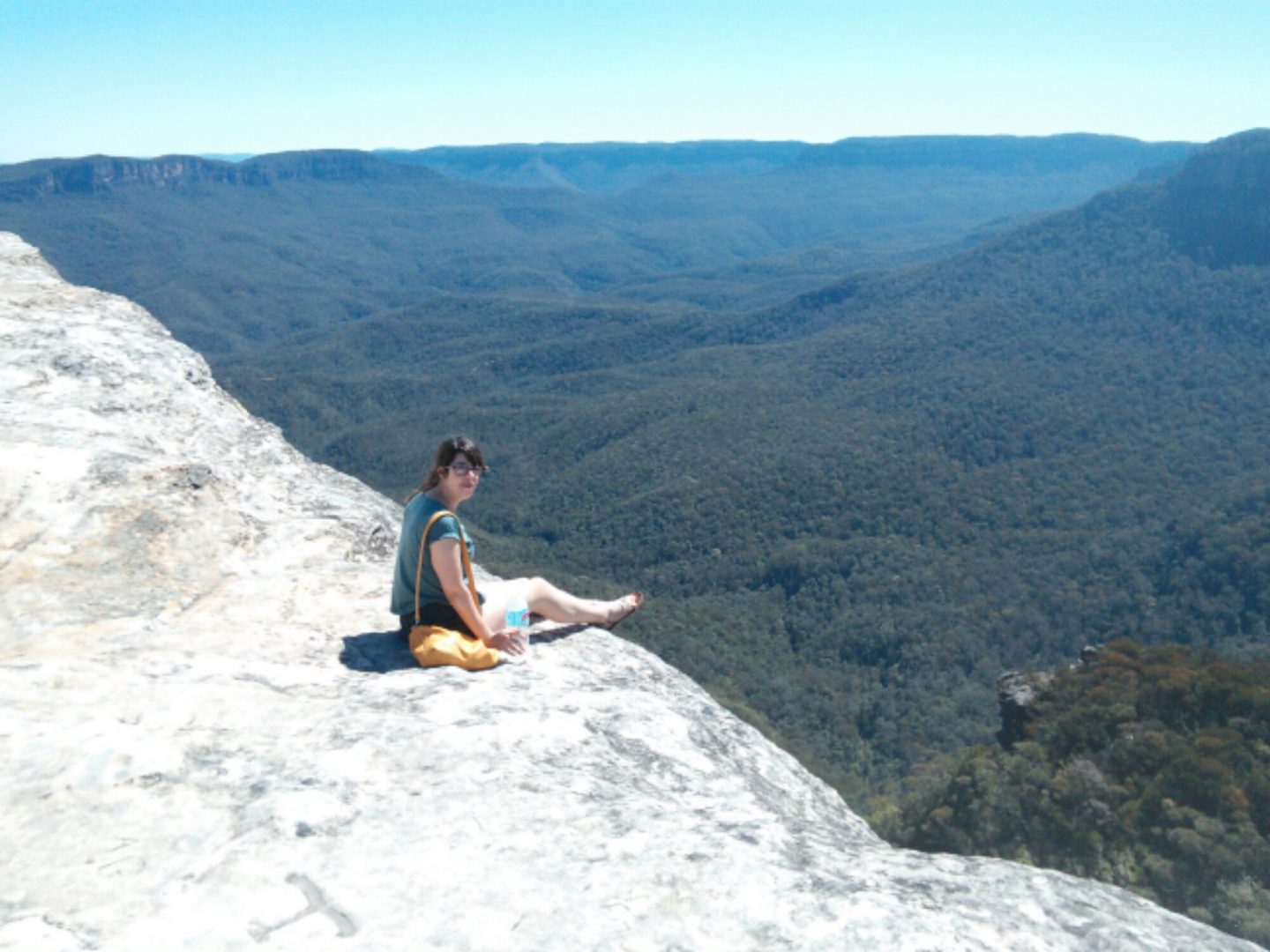 After achieving so much in my first 48 hours Down Under (and still with so much to do!), I knew I had to keep up to standard. From fear of ending up homeless – since I’d only 3 nights of accommodation left at the Woodduck, and every night following that was completely sold out – Sunday (3/11/13) was spent searching rigorously for a flat on Gumtree, seemingly the ONLY place for backpackers to find more permanent accommodation. I text, called and emailed responses to as many ads as I could find locally, and received welcoming replies from… One. Not the most promising start, but with an invitation to a flat inspection that very evening, I wasn’t feeling too disappointed.

I spent the rest of the afternoon applying for more flat-shares and employment, before heading over to Kent St where I was presented with, albeit, a beautiful apartment, but one that was a little bit too cramped. And, at $185/week, a little out of my price range. Yes, it was still cheaper than the weekly rate at my hostel, but most apartment-shares seem to go for $150 a week and I knew the extra $140 per month would be more useful to spend on food (even if I do have to live somewhere slightly more humble). My hard work seemed to have paid off when Monday came around – suddenly I was inundated with texts and calls offering interviews and inspections from all over the city! I’ve since learnt that Australians seriously switch off at the weekends, and it’s not unusual to not hear back about a job/flat/anything for at least 48 hours (anything different and you can bet your interviewee/landlord is European!). This, of course, is absolutely fine, except for the fact that I must have missed at least 5 calls that day since I was spending the entirety of it out of range… At the Blue Mountains.

Boasting deep valleys and acres upon acres of vast greenery – the Blue Mountains National Park is a plateau carved from sandstone bedrock spanning almost 269,000 hectares, about 80km outside of Sydney. In spite of the recent bushfires (which had mostly been extinguished by the time we got there), my god, is it beautiful. Although it does require a fair level of fitness to navigate the various lookouts, even when you’re sure your legs are about to collapse beneath you and your lungs fail, it’s hard not to appreciate the sheer natural beauty that surrounds you. We’d climbed up to three lookouts before my legs were literally screaming for mercy, though by which time – luckily – it was time to stop for lunch. After a little rest for refuelling, we set off to one of the most famous parts of the Park: the Three Sisters. Named in part due to an Aboriginal legend (supposedly, although some believe this is a fabrication to raise tourist interest in the site), the Three Sisters is a rock formation caused by erosion overlooking the Jamison Valley, and is utterly breathtaking. It seemed our tour had just been getting better and better, and while we were sure this must have been the last stop, our guide suddenly exclaimed that he wanted to show us something “totally freaking awesome” (I think, when a tour guide says such a thing, you know you’re about to have your world rocked). And indeed it was. As we rolled up to our last lookout, one standout thing became apparent – there were no safety railings. Nothing to stop us falling to imminent (though story-worthy) death, besides our own common sense. Personally, it’s this kind of thing I love the most – where pure nature is untouched by anything man-made and just left to be. And, of course, it spurred the best, typical tourist photos of us sitting on the edge of the rock – feet dangling over and everything. But I think what really surprised me was what appeared to be a Chinese couple posing for their wedding photos – white dress, suit, chaise longue and all – on top of this huge valley… Photos that I would have paid to see when developed (and that most probably put every other wedding photo to shame)!! I really couldn’t have written a better day.
I have been shouting praise of the Blue Mountains National Park to almost everyone I’ve passed, and now I’ll do the same to you; my words REALLY don’t do it any justice! Please take a look at the photos I uploaded in my last post and, if you ever find yourself in Sydney, go and see it for yourself!