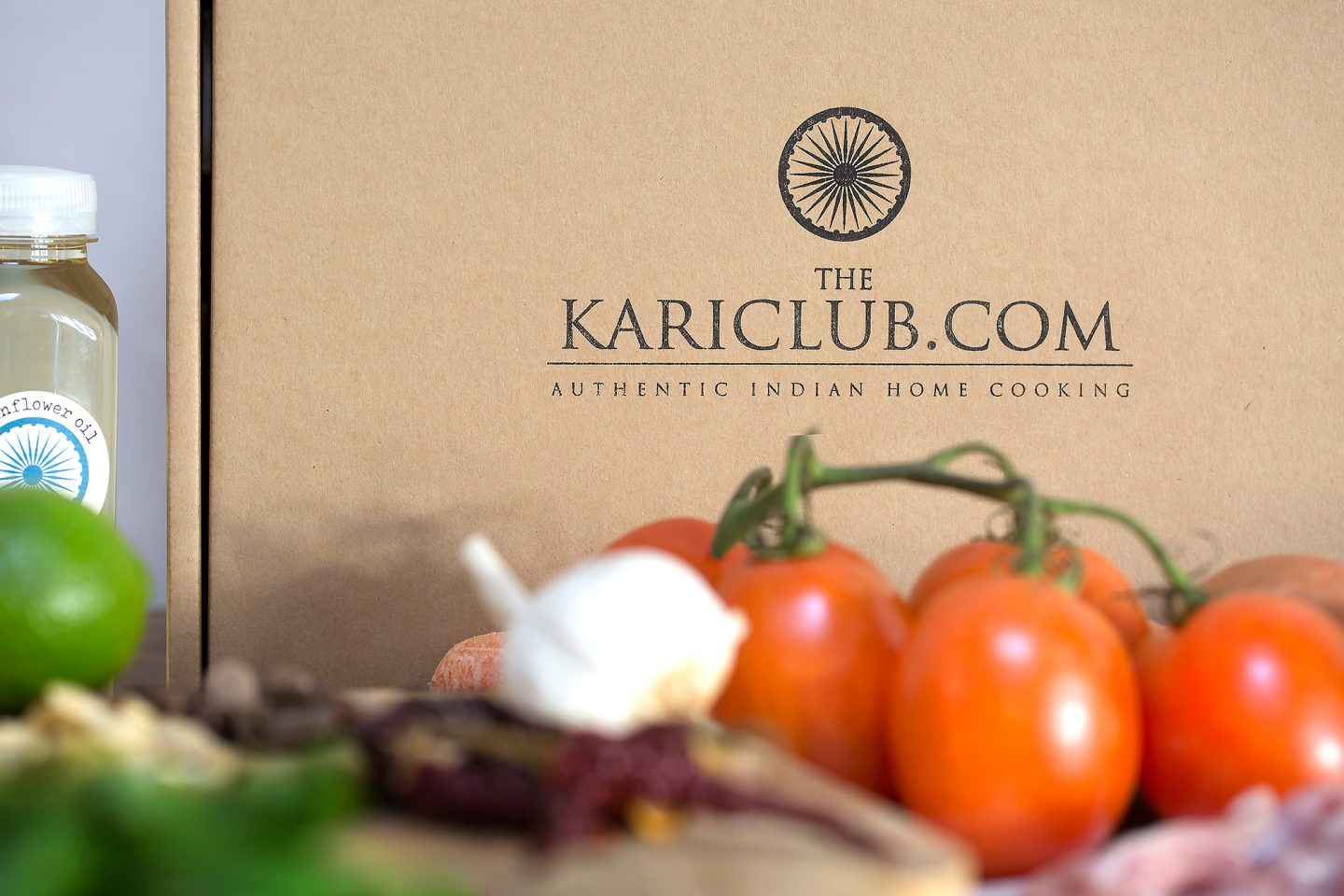 Despite numerous marketing and outreach attempts from the likes of HelloFresh, Gousto and Blue Apron, I had never tested a recipe box until this month.

I don’t know whether it was the expense, my lack of excitement toward the dishes on offer or the perceived complexities of it that turned me off, but it always seemed like too much of a faff – for very little return.

However, when we were sent a box by Brighton up-and-comer The Kari Club, I raced to try it. Created by the founder of Indian Summer, Minesh Agnihotri, The Kari Club is no ordinary recipe box, and includes restaurant-grade ingredients, detailed instructions and even online video tutorials to walk even the most amateur of cooks through the box.

It’s certainly not for every day cooking – a two-person box will set you back £25 – but is instead designed as a treat, encouraging its users to make an effort for their loved ones to impress, for a dinner party or a special occasion.

The inaugural box harks back to the dish that first got Minesh into cooking: his mother’s ‘Mamaji’s Chicken’, a subtly spiced curry, made entirely from scratch. Ingredients for a side of sweet potato and carrot thoran, basmati rice and a homemade chapatti are also provided to compliment the dish.

Now is probably the moment to point out that I consider myself a fairly decent home cook – I’ve never received any complaints, at least – however I’m a self-confessed one-pot chef who appreciates simplicity (as a single woman, I prefer not to leave too much washing up. After all, who else is going to do it?).

I am also a millennial with a limited kitchen, and certainly didn’t own a rolling pin, a liquidiser or a wok (despite how often I may cook a stir fry) as required in the instructions. Ill prepared and faced with the task of having to simultaneously juggle four pots on the stove therefore caused me to panic a little.

Even the simple task of dicing vegetables proved tricky with my sharpest knife – which incidentally was really not that sharp at all. But after the initial minor hiccup, in which I ended up repurposing a Nutribullet as a liquidiser, a roll of tin foil wrapped in cling film as a rolling pin, and a large frying pan in place of a wok, I reached a level of coordination never before seen in my 25 years of life.

Before long, my rice was washed and happily simmering, my curry was developing and the thoran was browning nicely, while my chapattis were fried and being kept warm in the oven.

The best thing I found about The Kari Club box is that all the spices and ingredients are readily weighed out and separated into numbered bags that are perfectly coordinated to the instructions in the recipe. This also minimises food waste – a big plus in my eyes – as I was only provided with exactly what I needed.

It also made life a little simpler as I didn’t have to worry about also not owning a set of scales.

After 90 minutes of preparing, cooking and plating up, I eventually succeeded. In hindsight, this can probably be attributed to my reluctant assistant, who ensured nothing burnt or boiled over.

And I’ll tell you now: it was delicious.

My chapattis certainly need more practise – I’m chalking that down to having never eaten one before and not making use of Minesh’s masterful guidance videos – however our meal was everything The Kari Club’s miracle box promised it would be: a treat.

What’s more, the box turned out to be the gift that kept on giving; there was more than enough to share with a friend the next day, and I even had some left for lunch the day after that (and we were two hungry bellies).

I have absolutely no doubt in my mind that someone with experience, a more spirited disposition or even just a properly resourced kitchen would probably be able to cook it in half an hour and still have just as much success (or more, let’s be honest).

But if my achievement amid inadequate cooking skills demonstrated anything, it’s that the Kari Club boxes are completely dummy-proof. And, regardless of ability, there’s nothing more rewarding than serving up a quality meal to a friend that you’ve completely cooked yourself.

Images: All The Kari Club