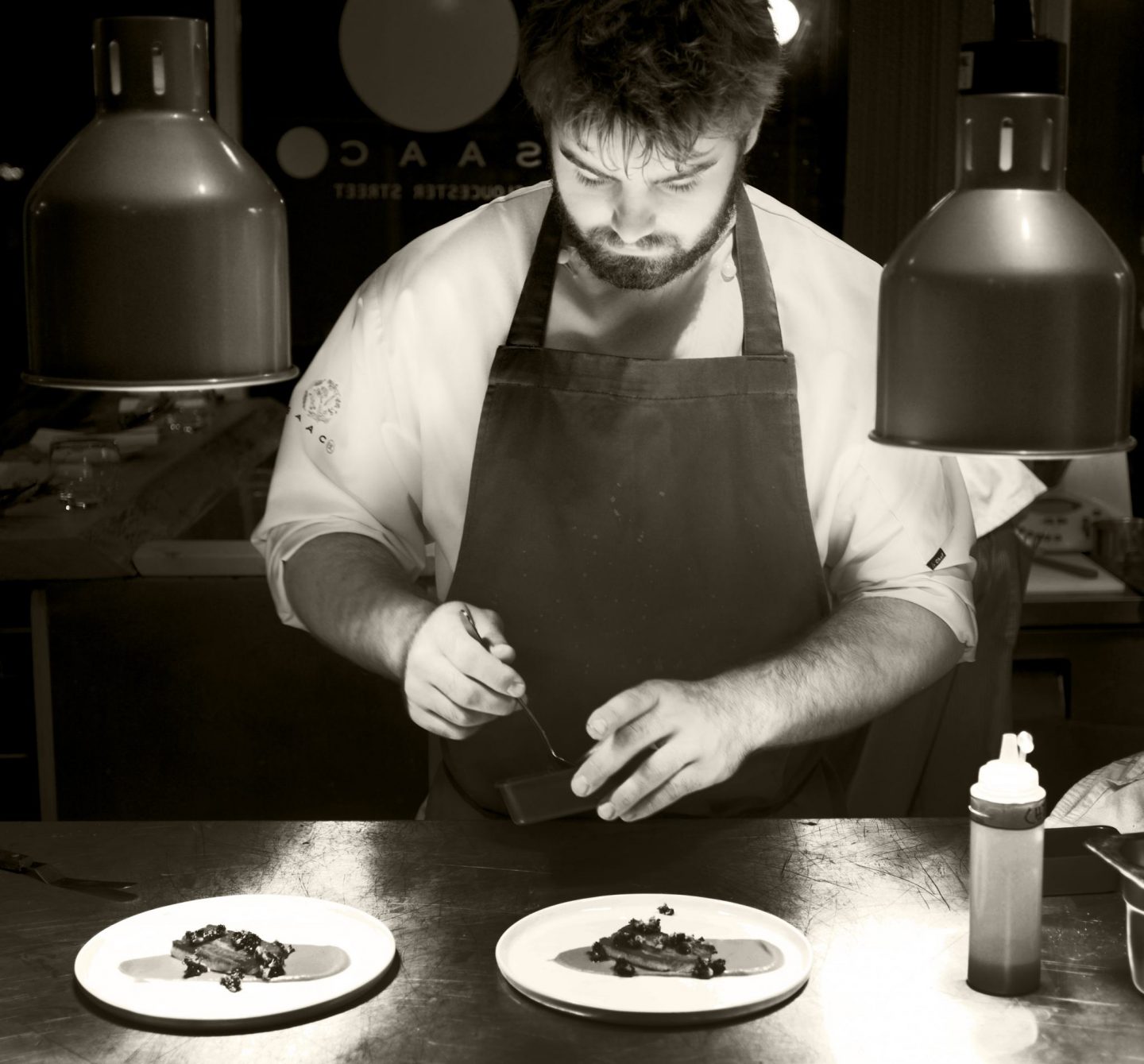 Isaac At’s 24-year-old head chef, Isaac Bartlett-Copeland, shares how to open a restaurant on a shoestring.

At just 24 years old, Isaac Bartlett-Copeland, of award-winning restaurant Isaac At, has made a heck of a name for himself. In the past year alone, he’s won Brighton Food Hero 2017, been shortlisted for The Caterer’s Young Entrepreneur Award, and his double AA rosette restaurant was awarded 16th best outside of London by food app SquareMeal. While matching the success of his peers at such a young age is certainly something to shout home about, there’s yet another part of Isaac’s story which is demonstrative of his ability to think outside the box: he managed to put it all together for under £25,000.

He said: “Three years ago, I saw an opportunity to develop a unique business proposition in Brighton, creating a dining experience using only ingredients from the Sussex coastline. After catering college, I started working at The Grand Hotel, saving every penny I could to allow me to be able to think big and start my own restaurant. A lot of restaurants around weren’t doing anything that different to the next, so at 21 I bootstrapped a pop up with my personal savings of just £25,000.

“I was around 10 when I first decided I wanted to open my own restaurant. My uncle was a pastry chef, and I used to cook with him, which I remember was something I always valued. I’ve never wanted to do anything else.”

Working with such a tiny budget forced Isaac to take on a unique approach when building his restaurant, from doing all the renovation work himself to making his own tables from scaffolding planks. Starting first as a weekend pop-up then allowed him to focus on developing the concept, calculating how many covers were needed and then builtding the kitchen with whatever space was left (three square metres).

He added: “I was very lucky in finding such a lenient landlord. The site was perfect, it was previously office space so we had to completely renovate it – but even that worked out cheaper as if you buy a restaurant you pay a premium for all the work that’s already been done to make it that way.”

Opening in March 2015, Isaac At in Gloucester Street was the first restaurant of its kind, offering a tasting menu accompanied by an exclusively English wine list. They were the most expensive dining option in the city when they launched, which meant marketing their concept was even more of a challenge, however curiosity won among diners who wanted to see something different in the city.

Along with his loyal sous chef George Thomas and restaurant manager and sommelier Alex Preston, both 22, Isaac has since managed to build Isaac At to a full-time restaurant, which operates five days a week. He stresses the importance of finding such dedicated staff – and keeping them. “Having the right people around means I’m able to get more done; our dynamic works so well as we have someone covering each base, rather than me trying to manage everything. We’re definitely a team. I’m not really the ‘boss’ anymore, we’re more of a family.”

The trust he has built with his colleagues means Isaac is able to take time away from the restaurant to further develop the brand and share his passion. He currently mentors up-and-coming chefs at Brighton Met, and has time to get involved in local chef events – such as Brighton’s annual FoodLab, alongside the likes of 64 Degrees’ Michael Bremner and etch.’s Steven Edwards.

And as for the future? He said: “My ambition has switched from being the best chef, to running the best restaurant, constantly developing my skills on the management side, learning quickly and on the job.

“My focus has always been just as much on the business side as making the food perfect, which is what drives the business on and allows me to successfully lead and manage a strong team. We’ve grown from nothing to one of the best restaurants in the city, so our next goal is to reach a national audience and become one of the best restaurants in the UK.”

We’re excited to follow every step of the way.

To new restaurateurs: believe in yourself

“People will tell you that you won’t be able to do it, or that it’s impossible, but if you keep your mind on what you want, there’s always a way. Get as much experience as you can, don’t think about money if you can. Sometimes it’s worth making a sacrifice to make sure you’re working with the best people you can. Unfortunately these roles are so sought after, they often don’t pay as much – but you’ll find your career will progress so much quicker as you’re learning so many different techniques, so you’re much better off long-term. It’s hard to consider information as value when you first start, and you want to earn money, but once you know something you never forget it – you’re investing in your future.”

This interview was first published by the author at BN1 Magazine.