We’ve all heard about the earthquakes that have affected Christchurch since September 2010. Earthquakes which have caused such extreme devastation to an entire city that is still, more than three years on, trying to find its feet. Major shopping outlets, the Arts Centre and many other attractions have either collapsed or been deemed unsafe by the authorities, and that’s before you even look at the state of residences. Posters still hang on walls, red stickers on doors… It’s no wonder parts of the city have been dubbed a “ghost town”. A few relatives of mine emigrated over twelve years ago, and – thankfully – are safe and happy (despite themselves being forced to relocate). But their city, amidst community projects and plans of renovation, is still broken. And, sadly, probably will be for a very long time.

I visited Christchurch last week (June 2014), and was instantly overwhelmed by what I saw. Although most of the rubble has been cleared, Christchurch still remains very much a building site. Entire roads have become misaligned, traffic cones shaping a pathway for cars to manoeuvre over the majority of the city, which has lost much of its infrastructure to the cruelty of nature.

But, it IS healing.
It’s a slow, drawn out process in which every issue can’t be addressed immediately but – in spite of what many may see as very little progress – there has already been a substantial amount of effort put into restoration of the city, myriad pop-ups dotted all over. The Cardboard Cathedral. The Re:Start Mall. The Outer Spaces outdoor art installations, pasted on everything from billboards to shipping containers. Each structure designed to only be temporary but which have, upon being built, brought their own iconic status to the city (particularly those quirky shipping containers, which you can find everywhere, holding everything from independent cafés to banks). Christchurch may have lost a lot, but they’ve been left with this kind of creative, kooky atmosphere and a thriving community spirit; projects such as the Ministry of Awesome working day after day, dedicated to “watering the seeds of awesome” in the city to encourage, strengthen and inspire. It seems to be working. What struck me the most about being in Christchurch is the sheer friendliness and positivity of its people. A bus driver assisting me with getting into the city, even letting me on the bus ahead of scheduled departure so that I could get out of the cold and wet, before making sure I got off at the right stop. Kind cashiers, polite road drivers, even total strangers going out of their way to be open and welcoming. I walked Colombo Street in doubt that I could be quite so tremendously brave had I been through the same thing.

Like New York has Ground Zero to respect and remember those killed on 9/11, Christchurch has its own set of spaces in memoriam of those whose lives were lost during the earthquakes, the first and most poignant being the 185 chairs that lie about twenty metres from the land where the CTV building used to stand, next to where the Cardboard Cathedral is situated now. Each chair of different height, structure and style (to portray each independent life lost) and all of them painted white, surrounded by floodlights. To describe it as a deeply emotional and solemn place to visit is a massive understatement. What got me in particular, walking through the columns and rows of painted seats, were the three that symbolised the three children that fell victim to the quakes. A small child-sized weaved chair, a high chair, and a baby’s car seat. They really couldn’t have been designed to hit any harder, showing the truly awful reality of the consequences of these natural disasters. Nearby on Cashel Street is Quake City, dedicated to educating visitors of the many shocks that have run through Christchurch since 2010 and their aftermath, along with plans for the future. Get in quick though, as it closes this weekend! Meanwhile, the Canterbury Museum is running Beyond the Cordon, an exhibition of photographs taken by police officers on the sites of earthquake destruction. This will be displayed until August the 3rd. 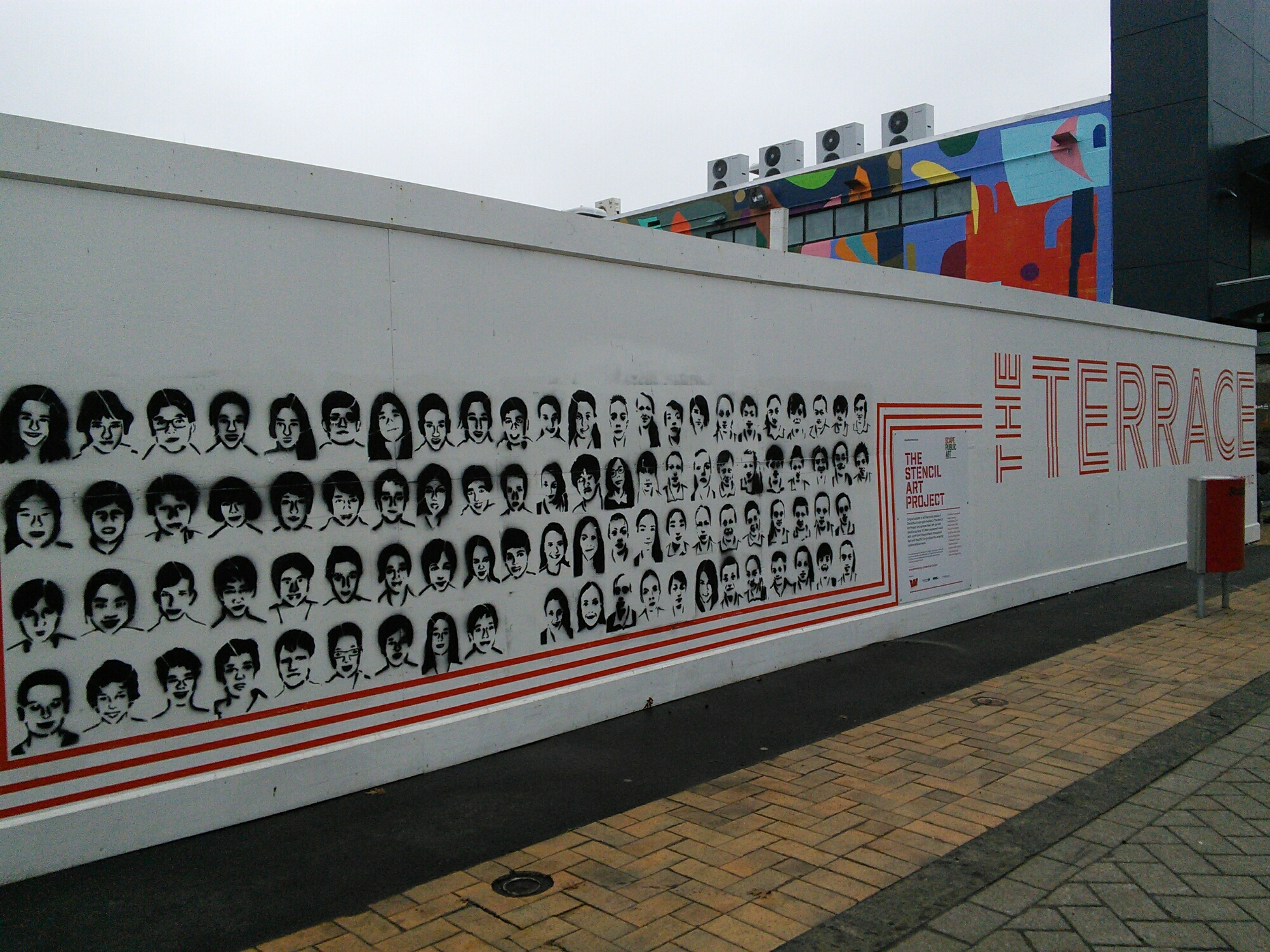 Walking through the most desolate parts of the city is eye-opening. It provokes appreciation, in what we who reside elsewhere may take for granted, and wonder, in just how everyone affected is managing. Christchurch is easily – whether a result of the earthquakes or not – the strongest city I think I have ever visited, both in personality and in culture. Even if it weren’t for having relatives there, I would like to visit again. Watch it mend. I hope its broken bones heal completely within my lifetime.

And I really hope they keep those shipping containers.