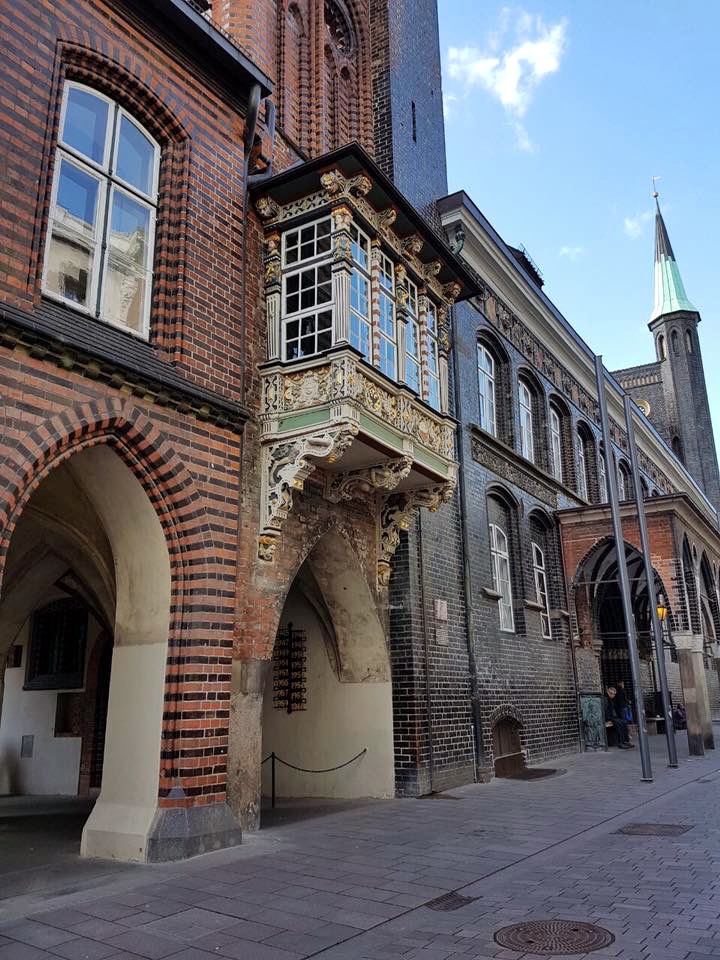 If you thought Hamburg was beautiful, you’ll be in for a treat with Lübeck.

Capital of the powerful trading confederation of centuries past, the Hanseatic League (known locally as simply, ‘Hanse’), the city of Lübeck boasts brick Gothic architecture throughout, its symbol the breathtaking medieval red brick gate, Holstentor. Preserved in all its glory, the Holstentor was originally built in 1464 as part of a fortification to defend the city’s Altstadt (old town). These days, it serves as a wonderful tourist attraction and symbol of the city’s past, having earned UNESCO World Heritage status in 1987.

Though characterised as a city, Lübeck’s Altstadt has a quaint, town-like feel, and is much smaller than Hamburg in size. It’s cobbled streets are lined with restaurants and cafés, those overlooking the river Trave boasting the best views. We wander through the old town, passing the Rathaus (town hall), marvelling at the golden accents on the gothic-era buildings, before settling at Café Niederegger – the home of marzipan.

A café, shop and museum all built into one, a visit to Niederegger is vital if you’re a fan of marzipan like me. While the shop stocks exclusively the magical almond fondant (in all shapes and sizes, including fruits and model Holstentors), the café is a little more varied, and I got to try some of north Germany’s best baked goods as a result.

The Marzipantorte is perfection – a layer of crumbly pastry lined with almonds, filled with thick whipped cream and topped with a thin veil of marzipan. Texturally, it’s all there, and it’s neither too dense nor sweet to regret devouring an entire slice to yourself. Rumkugel is a little different, a golf ball-sized, truffle-like delicacy that is traditionally made by using all the leftover cake at the end of the day, soaking it in rum, and covering it with chocolate/cacao. It’s dense and rich, a total contrast to the Marzipantorte, but just as delicious.

After finishing our cakes, we hit the road again to the small port town of Ratzeburg – the home of my companion – and then through the countryside to Schwerin, a town in the old east Germany. While Soviet rule dissipated decades ago and Germany has existed as one ever since, remnants of the former USSR’s influence still remains and is visible through th town’s typical concrete block architecture and graffiti strewn buildings. While it may not be everyone’s ideal tourist spot, it’s fascinating to see the contrast to ‘west’ Germany (as anyone that’s been to Berlin will surely attest). And at least Schwerin has one saving grace, Schwerin Schloss, a castle placed neatly on an island in the centre of the town.

After a busy few days of city life, it was blissful to finally end the day retreating to Lake Schwerin, where my friend owns a boathouse overlooking the water. We spent the night there eating Dominos and watching Hitch – a far cry from the big nights out we’d had over the weekend. After all, it’s nice to just take a break every once in a while 🙂

I’ve had such an amazing few days in Germany, but it’s just the first stop in my three-week, eight-country trip around Central Europe, and I’m so excited to share the rest of my journey! Subscribe if you want to follow my adventure. Next stop, Poland!