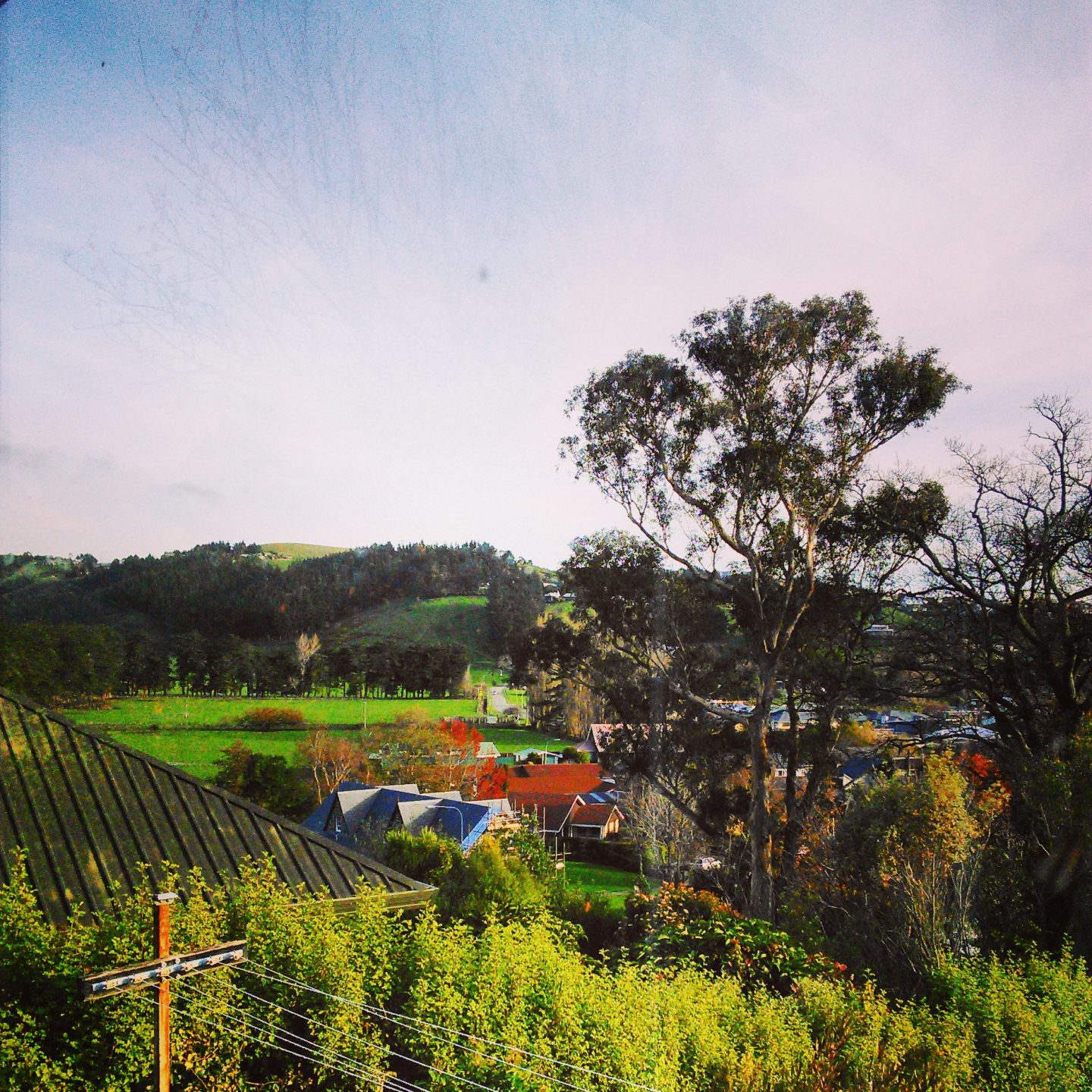 My parents call me Saffy. Not that it bears any resemblance to my actual name. If you know the 90s Brit-com Absolutely Fabulous, this won’t require much explaining, but if not: Saffy is the daughter of Eddie and general moral compass/wet blanket on the show. The sensible one who doesn’t drink, who regards her mother a social embarrassment (this feeling is mutual). I don’t find it insulting (except perhaps the “wet blanket” part), because they say it so endearingly. And, okay, occasionally when they’re taking the piss. But I don’t think it’s particularly accurate recently…

My first impression of Christchurch, of New Zealand even, as I wandered through the airport, was refreshing. I know, it’s such a cliché (I can see you rolling your eyes!) but after living in Sydney for 8 months, a change was always going to be welcomed with wide open arms. I’d heard two things about New Zealand before I arrived: that the scenery was to die for, and that Kiwis were incredibly friendly. And they were friendly. The weather wasn’t though, and within minutes I was freezing my tits off in the middle of the airport. By British standards it was cold, but by Australian standards it was RIDICULOUS. Fortunately I didn’t have to wait too long before my pick up, and we arrived at my new temporary home by 1am. Most people would think sleep was on the table at that kind of time, especially after a flight, but not me. Nope.
Me and my family had almost ten years to properly catch up on; it was time for wine.

Waking up at 9.30am the following day was a struggle. My body clock was still in Sydney mode (two hours behind), and I was running on slightly too much vino and not nearly enough sleep. Despite this, we headed to Hanmer Springs, a beautiful scenic village not two hours from Christchurch, where we were to spend the next 48 hours. As the name suggests, the main draw for Hanmer are its many hot springs – a necessity in the freezing cold and my intoxicated condition (even if the sulphur pools do smell like being around someone with a BIT too much gas). Intoxication quickly became a bit of a theme for my trip… I guess that’s what happens when you visit self-confessed “functional alcoholics”, since it means it’s always available and always insisted upon; I didn’t complain. We followed this pattern of wine drinking throughout the week, ignoring the knowledge that we might be up early the following morning for a nature walk, ignoring just how much we were actually drinking, and ignoring our livers’ pleas for sweet sweet mercy.

When Winter Christmas¹ came, it only got worse (or, better, depending on how you look at it). Cousins brought tequila. Sherry and champagne were opened. There was brandy in the cake, and gin being poured into tonic as though there were no tomorrow. Suffice to say, it was fantastic. We ended up having a very merry “Christmas” indeed. Sharing a longtime Rik Mayall obsession (it was them who’d introduced me to Drop Dead Fred in the first place, when I was still tiny, and I’ve loved him ever since), we drunkenly mourned his death while roaring with laughter at YouTube snippets of his work, and reminisced. Of course, we suffered for it the next day (and the one after that, although we never really stopped drinking), but it was more than worth it.
The entire visit was more than worth it.

¹ Winter Christmas – a tradition started by expats who decided that celebrating Christmas in the summer felt a bit… wrong. So why not have another in June (Winter)?

Thank you to my wonderful family for making me feel so welcome and at home. You definitely reawakened some interests that had been lying dormant, and introduced me to new ones (alcoholism included!)
Lots of love xo.