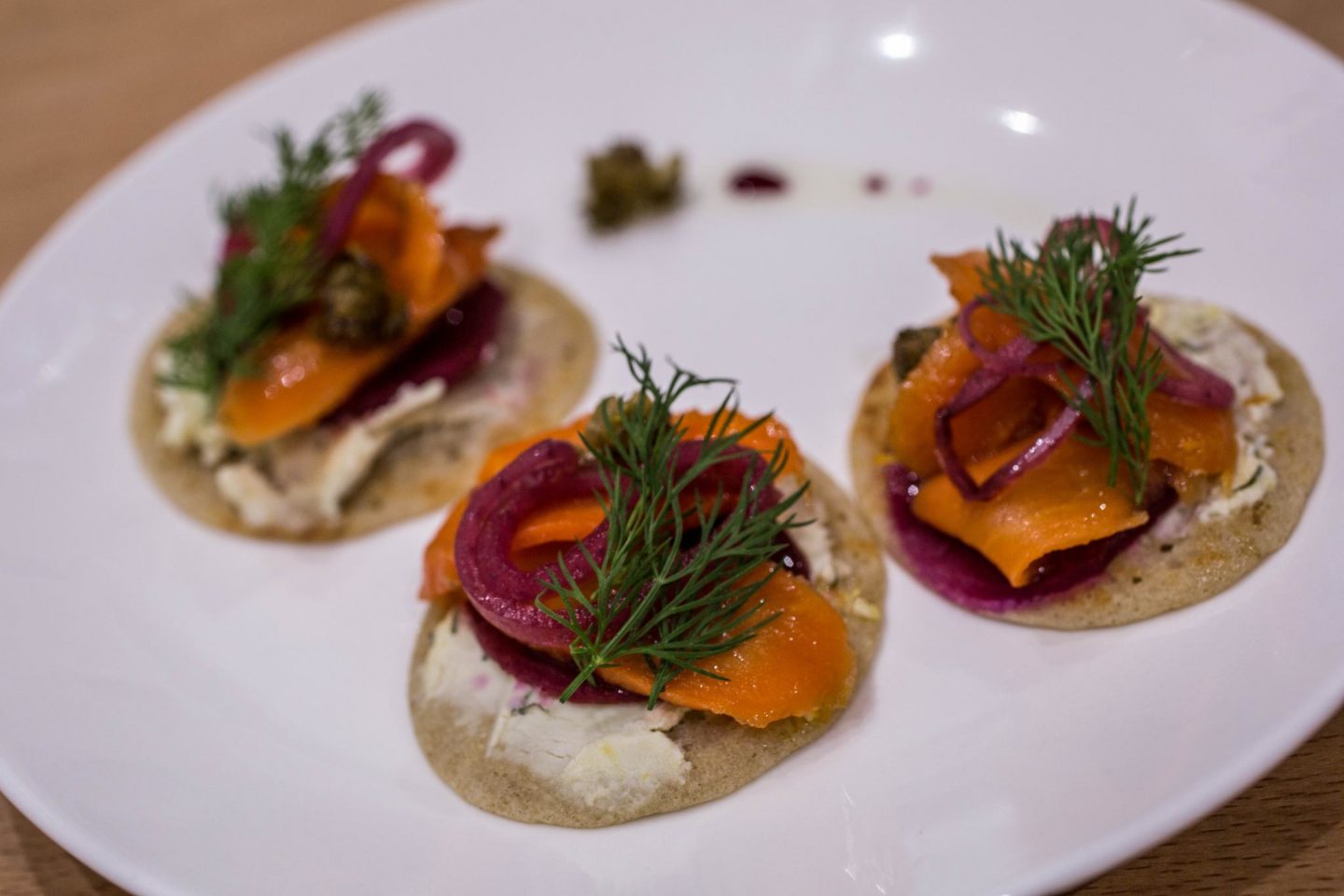 Of course the first cannabis-infused restaurant in the UK was going to launch in Brighton. Of course it was. You only have to walk through The Level, London Road or the North Laine at any given time on any given day to catch a whiff of someone smoking it, and some even claim a thick green haze descends upon the city come summer. So in love with the stuff is this city, that we’ve gone and found a way to enjoy all the things we love about it legally – that is, without any of the nasty stuff. Genius.

We visit the Canna Kitchen on a quiet Thursday night – surprisingly quiet, given its widespread attention in national news prior to launch. Then again, perhaps that’s not a fair conclusion considering it is only the third day of the year, and it’s possible the city is still recovering from the festivities. Then there’s new year’s resolutions to contend with, however whether it’s Dry January or Veganuary they’ve taken part in, they needn’t have worried: on the menu we immediately noticed an absence of all vices (except one obvious one. Oh, and caffeine).

We start our evening with a duo of mocktails, each infused with 5mg of CBD (that’s cannabinoid – the good stuff in cannabis that mellows you out and gives you that happy tingly feeling like you’ve been thrust headfirst into a marshmallow) gomme syrup. I choose the blackberry kush sour (£7), a tart combination of fresh muddled blackberries and blueberries and fresh lemon juice, while my dining companion opts for a lavender haze mojito (made from fresh mint and apple juice, £7). Wowed by their sourness, drinkability and potency, we later order two more – but first, the food. 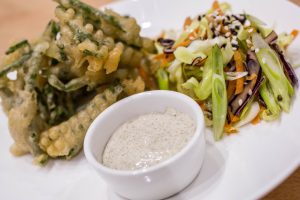 The menu at Canna is concise, with two to three options per course. There being two of us, we order two starters, both mains and both desserts, forgoing the soup so we can share a bit of everything. Our first starter arrives, and it’s a sight to behold – head chef Charlotte Kjaer certainly takes no prisoners when it comes to plating up. Or, as it turns out, when it comes to putting together flavours. Her carrot lox hemp and buckwheat blinis – complete with CBD dill coconut cream cheese, cultured beetroot, pickled red onion and crispy capers (£9) – taste so much like the real thing I wonder why I haven’t gone vegan sooner. My companion lets out a satisfied “mmm” before we fight for the last one, resolving to split it in half. The tempura samphire comes next, the dish completed with generously garlicky CBD kombu aioli, cultured kraut and sesame (£9). It’s delightfully light, and unusual – it would be beyond my wildest culinary imagination to batter a succulent. Needless to say, I’m impressed. 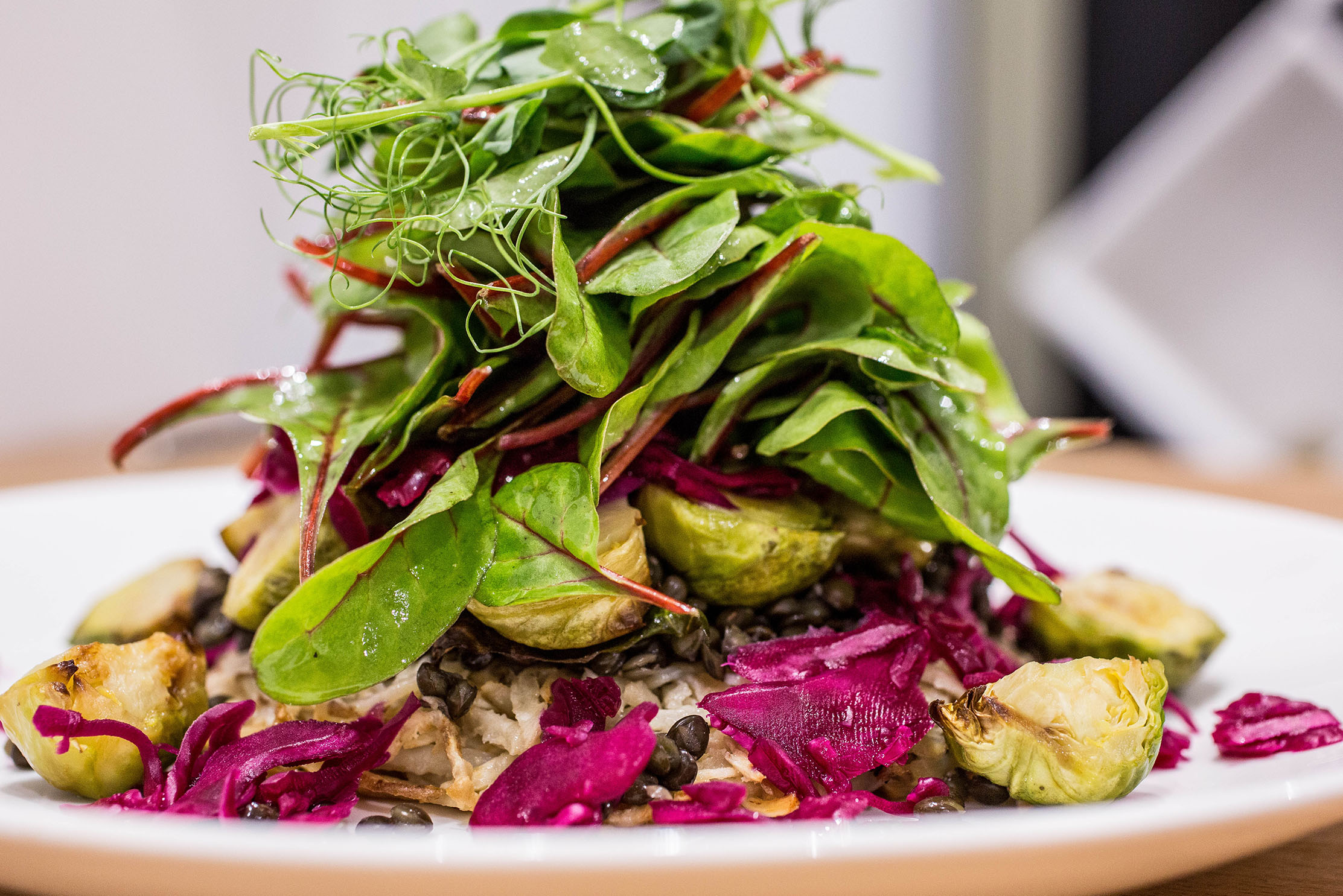 The celeriac rosti, Brussels sprouts and black lentils (£14.50) is another hit – this one a larger main course. Served with CBD chestnut puree, cultured kraut and cashew cheese, it’s a unique yet warming flavour sensation which again left us fighting over the last morsels on the plate. We were slightly disappointed when it came to the Za’atar roast cauliflower (£13.50); while the CBD tahini cream was delicious, we felt the dish as a whole fell a bit flat in comparison to the wonderful combinations to which we’d become accustomed.

We’re already full by the time the dessert rolls around, yet manage to make some room. Our brownie plate (£8) is decorated with a tongue-in-cheek cocoa powder cannabis leaf, while the poached pear (sitting atop a neat mound of CBD cardamom crunch) is a light but delicious end to our evening.

Three courses and two mocktails down, by the time we left we were long past the point of feeling a bit giddy. A sense of contentment had set in, then euphoria, swept up in a flurry of giggles and harmless mischief. Canna Kitchen is certainly trying to turn people’s bias against cannabis around, and this ended up being my favourite night out for a while.