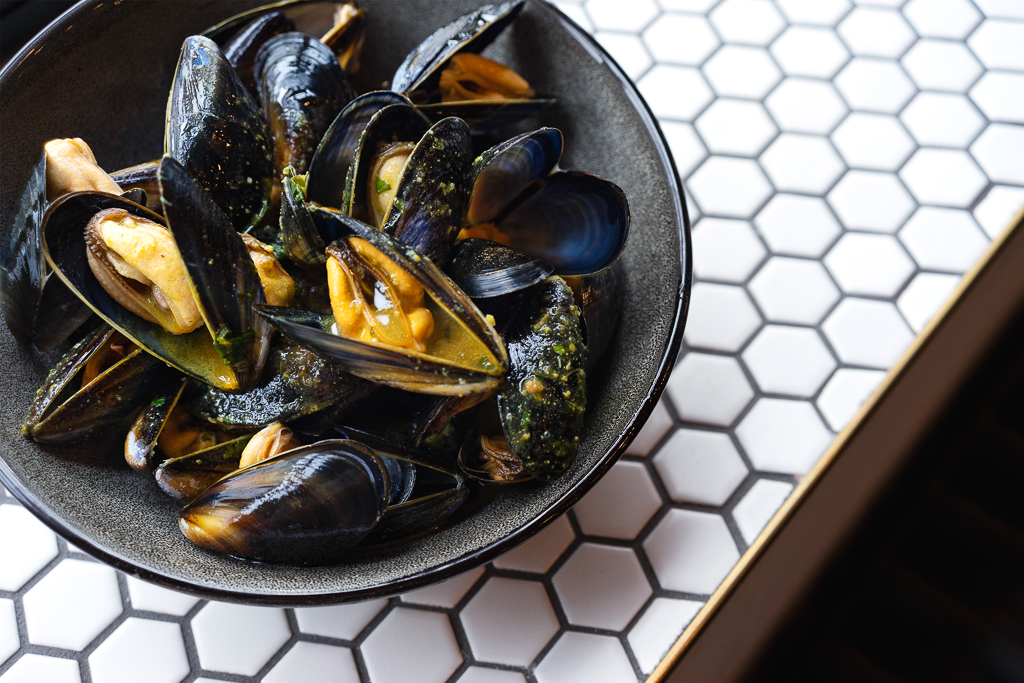 If Brighton as a whole is to be said to love anything (except perhaps coffee), it’s probably got to be craft beer. In a city that reputedly boasts more public houses per capita than any other city in the UK, it’s no surprise that a place such as Bison Beer would do so well. It started as a bottle shop and crafthouse in East Street, selling cans with colourful labels and a wall of draught taps, with which patrons are invited to use to fill up their growlers (settle down, you at the back) to take to the beach.

Then came the bar in Church Road, Hove, last year – the perfect place to pull up a bar stool, drink a can of the fancy stuff and people-watch from the decking in the late-afternoon or evening,

But now the Bison team are adding another string to their bow, after bringing craft beer to the beach and the bar. Their new spot – at the ‘cursed’ 103 North Road (previously home to 1847) – brings the duo’s ethos to a larger spot, complete with a kitchen run by one of the most promising pop ups in town: Humble Plates.

Head chef Dan cut his teeth working at Michelin Guide-pipped Market restaurant, and is the perfect fit for a partnership which exudes ambition like this. The menu is set to include South Indian mussels, pork belly and honey miso paneer – among many other bar snacks – which pair flawlessly with the multitude of beers Bison have on offer. It might just be the most exciting opening of the summer.

This article was first published by the author at BN1 Magazine.
Image: XDB Photography