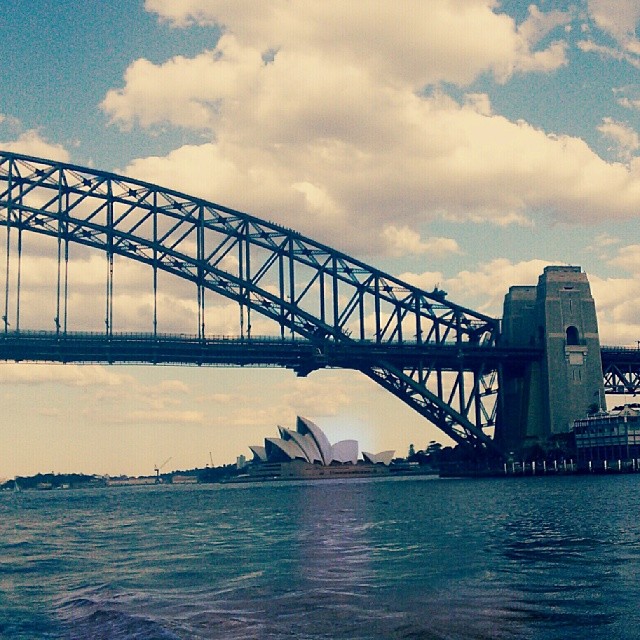 10. WiFi is bad.
Like, really, really, incredibly, awfully, terribly abysmal. I developed an addiction to Starbucks within my first fortnight following arrival; I’ve always loved doing any work in the café (to the point where I struggle to be productive anywhere else), but found it an absolute necessity when I needed a good internet connection, since I struggled to find one anywhere else. Doesn’t sound bad so far, right? Well, the thing is, it became expensive. Fast. Unlike everywhere else in the world, you can’t just log on indefinitely. Nuh-uh. In Australia, you have to buy a drink for every measly half hour of WiFi (however, be nice to the staff who work there, and you may be able to cheekily negotiate a few extra codes!). At around $4 for your average grande latte, that’s really not cool.

9. … Which is really funny, since it was kinda-sort-of-pretty-much invented there.
Yep, I’m serious. Commonwealth Scientific and Industrial Research Organisation researchers designed a patent to “unsmear” radio waves that echoed off of indoor surfaces, doors etc. However, ownership of the Wi-Fi trademark, under which most products are sold, doesn’t belong to CSIRO but the Texas-based Wi-Fi Alliance. Despite receiving a generous payout from the American company for using their method, perhaps they’re still bitter about it. It would explain why they persist on smiting us with crap signal all over the damn country!

8. And it’s not just the internet, either…
Phone signals are pretty poor too, even in cities. Head out to the outback and you’ll be lucky to get any at all. Australia seems to get EVERYTHING last, from advances in technology to TV shows (which explains why most of the illegal downloading of episodes of Game of Thrones occurs there), which is kind of ironic since it sees each day in ahead of most countries.

7. But at least they have coffee 🙂
And maybe some of the best coffee in the world, at that. Aficionados will know that, even abroad, a cafe run by Aussies or Kiwis will likely be amongst the best in the city. American coffee is absolute piss in comparison; European not much better. And, due to their great economy, the price and quality of a good cup of coffee in Australia is incredible, with a standard coffee shop mug of java only setting you back ¼ of the minimum hourly wage. It almost makes all those trips to Starbucks (and more authentically “Aussie” cafes) for WiFi worth it 😉

6. Not to mention some of the best beaches and bays in the world

Being a relatively new country (having only achieved Western influence after settlement in 1770), there are still a few things Australia doesn’t do well. But its beaches? You definitely can’t fault those. They say that if you were to visit a new beach in Australia every day, it would take 27 years before you would have seen them all. Let alone coral reefs.
If that’s still not enough to convince you, let me just mention the basics. White sand? Check. Crystal blue waters? Check. Entire suburbs where hot surfer dudes and chicks wearing nothing but thongs and board shorts or bikinis? Check.

5. They also boast some of the coolest wildlife.
While Australians are known for their laid back attitude and being sticklers for convenience (the “Splayd”, anyone?), you wouldn’t guess that these traits were shared with the animals that reside there. Female kangaroos, koalas and possums all have a pouch (or “permanent pocket”), for holding and hiding knick knacks… Food… Even occasionally children. Marsupials are born so tiny, they literally camp out for months in their mothers’ pouches, making for some of the cutest, laziest critters on the planet.

4. … And some of the worst (but don’t worry, they probably won’t kill you)

What, you say? But what about spiders, snakes, and fire tornadoes? And DROP BEARS? Well, unless you’re really unlucky, you’ll likely be fine. Nobody has died from a spider bite since the late 70s, and things like bushfires are relatively well controlled. I’m not saying you can swim deep in the sea off of Darwin in the middle of the tropical season and not come across a fluther of box jellyfish, or a great white. Nor am I saying that if you put your arm in a drain pipe, you won’t get bitten by a funnel-web. But you knew that already, didn’t you?

3. However, the sun might.
In the layer of ozone above Australia and New Zealand, there is a hole. Which means. You. Will. Burn.
1/17th of all Australians develop a form of melanoma at some point in their lifetime – the largest statistic of this in the world. Best stick to “slip-slop-slap” and slather yourself with those SPFs – even when it seems cloudy, it can cause trouble with your skin. There’s even an underground town – Coober Pedy – in the south. WHAT.
In fact, there are so many places in Australia that are JUST TOO HOT, that 90% of people live within just 120km from the coast.

2. Hence, there is so much space.
The country is SO big, a total brick shithouse, there’s this METRIC FUCKTON of land that nobody seems to be using. Its individual states could be split into separate, smaller countries, and they would still be bigger than half of the countries in Europe. It’s also not just its own country but counts as its own CONTINENT.
WHAT. SERIOUSLY.
Also, each state has its own parliament, laws, landscapes, climates and even timezones. Hurry up and separate, Australia!

1. Lastly, there is really no other nationality that knows better how to party. Partying basically IS their culture. Meet any Australian and you know you’ll have a good time (and a bad influence). I’ve been skinny dipping in Hawaii, visited a Strip Club in San Francisco and got so horrendously drunk at New Years I couldn’t even remember my name. And who do I have to thank for all this debauchery? Australians. Yep, no other culture is quite so adventurous and spontaneous (and damn persuasive!). If you start the night with a group of Aussies, you’ll likely end it the following morning, drunk, in the sea, without your clothes on. Just saying.